More than 47 Years of experience

About the Doctor / Professional

Prof. Dr. Koonlawee Nademanee, MD, FACC, FAHA, is a world-renowned cardiologist in Bangkok, Thailand, specializing in cardiac electrophysiology, and currently leading a team of experienced cardiologists at Bumrungrad International Hospital. Practicing for over 30 years across the United States and Thailand, he is board-certified in internal medicine, cardiovascular disease, and cardiac electrophysiology.

He has developed one of the first successful approaches to the ablation of atrial fibrillation, for which he has received international recognition. He was also one of the very first to describe the Brugada syndrome (BrS) as the sudden unexplained death syndrome in Southeast Asia and developed ablation therapy for its treatment. He is especially well-known and regarded for discovering specialized areas of the heart where arrhythmias originate using a mapping of complex fractionated electrocardiograms (CFAEs) which he holds a patent. He pioneered a breakthrough treatment for both chronic and paroxysmal cardiac arrhythmias called CFAE ablation. This revolutionary technique offers patients quicker recovery times and higher success rates over standard ablation protocols.

The CFAE ablation technique has brought Prof. Dr. Koonlawee international attention, drawing esteemed physicians from countries around the world including Taiwan, Japan, Italy, and France. An equally diverse patient population travels to see him for arrhythmia treatment as he has seen patients from throughout Asia, across the United States, and around the world.

Actively engaged in research and education, Prof. Dr. Nademanee served several years as Professor of Medicine at the University of Southern California. He is a former Professor of Medicine and Chief of Cardiology at the University of Colorado. He has been a visiting professor and an invited lecturer at numerous institutions and conferences worldwide. He has authored or co-authored hundreds of clinical publications including articles, editorials, and abstracts, and is a reviewer for several prestigious medical journals.

Prof. Dr. Nademanee resides with his wife Auayporn and son Vim. He enjoys heli-skiing, tennis, and golf in his leisure time. 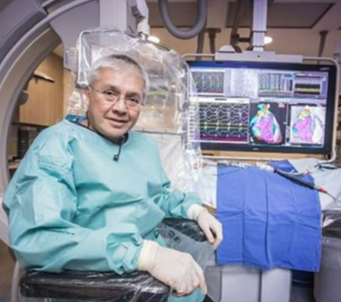 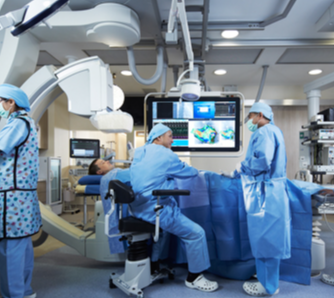