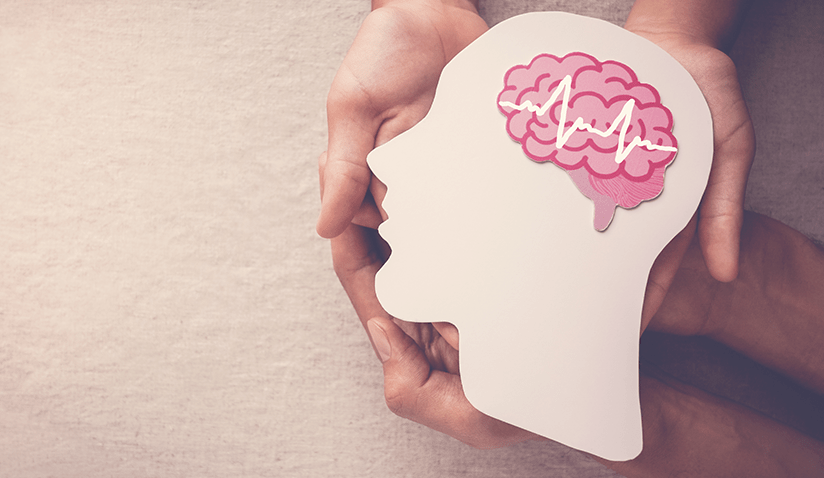 There are many types of infections that can result in neurological complications, let alone the multiple types that strive to invade the nervous system. Viral infections are the most common; however bacterial, parasitic, fungal and mycoplasma infections may also have long-lasting, devastating consequences[1]. A wide variety of organisms that are not classically known to infect the central nervous system may be able to do so by crossing the blood-brain barrier in immune compromised individuals.

Neurological infections and infections with potential neurologic manifestations include[2] [3]:

This list is not exhaustive and is expanded with every passing year as diagnostic technologies become more advanced.

All infections have a unique strategy that allows them to by-pass the immune system, resulting in their classic set of symptoms. At the cellular level, some form of inflammation is generated as a result of the infection. In this way, illness as a result of pathogens that invade the nerves have a similar set of widespread symptoms pertaining to inflammation within the nervous system.

The most common set of broader symptoms include[4]:

Many neurotropic infections spread to other organs via nerves and cause damage there. Common examples are neurotropic skin infections such as chickenpox and shingles (both herpes viruses), resulting in a skin rash.

Risk factors for contracting an infection include:

Appropriate antibiotics, antivirals or anti-parasitic medications are given upon diagnosis of the infection. Hospitalization with specialized care may be a requirement, particularly in the chronic phase of certain severe infections.

In some cases, patients may need to go on a rigorous antibiotic protocol in which the medication used switches every couple of months to prevent resistant strains from forming. This is typically instituted by specialists for severe infections such as Lyme disease, in which the organism changes its form, characteristics and methods of infectivity in response to treatment.

Surgical removal may be an option for cysts or abscesses that form as a result of an infection and that have lasting consequences.

A diet rich in antioxidant foods may be recommended for lifelong or persistent chronic infections that generate chronic low-grade inflammation. Physical rehabilitation, gentle exercise programs, stress and pain management therapies, amongst other suggestions may be prescribed by an expert.

Tumors are nothing more than an overgrowth of cells and arise from cells that have a malfunction in their growth and division mechanisms. The majority of tumors are benign and harmless, merely presenting a problem by taking up space; however, many never become large enough to even present symptoms and can remain undiagnosed as a result. Malignant tumors constitute cancer, which is a term referring to a life threatening chronic disease that may occur in any region of the body.

It is theorized that persistent sites of inflammation are where many cancers develop. Tumors are observed to grow at sites of persistent infection, chronic inflammatory irritation and other types of continuous inflammation.[6] The immune system tends to try to destroy and remove cancer cells from the body[7]. Some inflammatory compounds released by the immune system cause the cancer cells to grow instead of hampering their progress. In this way, a malignant tumor may keep growing and can be a continuous source of inflammatory immune activation.

The brain can also develop tumors as a result of other cancers that metastasize. Malignant tumors in any area of the body are known to spread systemically or metastasize, causing tumors to grow in other tissue sites.

Types of brain tumors include the following:

Gliomas are tumors that form in the connective tissues of the brain, comprising glial cells. These cells surround and tend to neurons, as well as axons and dendrites.

Types of gliomas include:

Symptoms of brain tumors are naturally going to vary depending on the area of the brain affected[9] and the type of tumor. The tumor’s size and rate of growth are also important factors determining the severity of symptoms, if any. Small benign brain tumors might never present any symptoms.

Generalized symptoms for brain tumors may include[10]:

If a brain tumor metastasizes, it may also lead to the generation of other tumors and a more complicated set of symptoms.

Where permitted, the first treatment option for a brain tumor is surgical removal. This does not always remove the whole tumor and may result in metastasis. Furthermore, brain surgery is not always an option, depending on the tumor site, the pace of growth and budget restraints.

Any treatment that aims at destroying cancer cells is known as chemotherapy. Chemotherapy is used stand alone or in combination with surgery to tackle malignant tumors. Types of chemotherapy include radiation therapy and anticancer drugs that aim to slow down the growth of or destroy the cancerous cells.

Those who undergo radiation therapy and/or surgery may require supportive care during recovery.[13]

Seizures are uncontrolled electrical events that occur spontaneously, disrupting usual brain function for the duration of the seizure. A seizure may affect a person’s state of consciousness, cognitive function in terms of memory and learning, behavior or feelings. Over-excitation or electrical stimulation of susceptible neurons in the brain is thought to be the cellular mechanism for a seizure. Due to their involvement in electrical nerve conductance, electrolytes, neurotransmitters and inflammation are all capable of provoking a seizure when out of balance.

Up to two thirds of all seizures are only partial, being triggered in one area of the brain, as opposed to most or all of the brain in a full seizure. Partial seizures may only give rise to relatively harmless symptoms, such as minor motor or sensory abnormalities. However, partial seizures may also quickly become generalized, triggering widespread brain areas.

Epilepsy is a neuro-electrical condition that is characterized by an underlying abnormality that predisposes the patient to getting unprovoked epileptic seizures.  The disorder also manifests with a host of other symptoms that are less commonly known about, including neurological, cognitive, psychological, and social consequences. Contrary to popular belief, some individuals with epilepsy may not experience seizures but may still have the condition and be at a high risk for seizure onset. The underlying abnormality may give rise to disabilities even in absence of seizures and disability may become worse after a seizure. As with other seizures, those with epilepsy tend to have the abnormality in a specific brain compartment and therefore will manifest symptoms in line with the part of the brain affected.

According to one report, 25% of patients admitted with seizures in US hospitals had epileptic seizures, 25% had alcohol poisoning-related seizures and 50% had seizures provoked by medical conditions. [14] Epileptic seizures are regarded as emergencies and tend to last longer than 5 minutes, either as a single seizure or a series of them, resulting in loss of consciousness or partial consciousness.

Symptoms of seizures include one or a few of the following:

Epilepsy is the biggest risk factor for getting recurrent unprovoked seizures (seizures without a known cause).

Risk factors that may help to provoke a seizure include:

Some seizures may be triggered due to heightened sensitivity to light, sound or other sensory perceptions.

If a seizure has been provoked by a temporary, reversible condition, post-seizure treatment will revolve around treating the already existing condition. Examples include hypoglycemia, extreme alcohol withdrawal or acute toxicity from some other cause.

Those with epilepsy or who are at a high risk of recurrent seizures are prescribed with anti-epileptic medications, which help to control for future events. It should be noted that if one is irregular with taking anti-epileptics, one can get seizures as a side effect. Patients with epilepsy may also be recommended to monitor their respiratory status and make special precaution to ensure they have an adequate oxygen supply at all times. This also includes preventing head or brain injuries which may result in less oxygen in the brain.