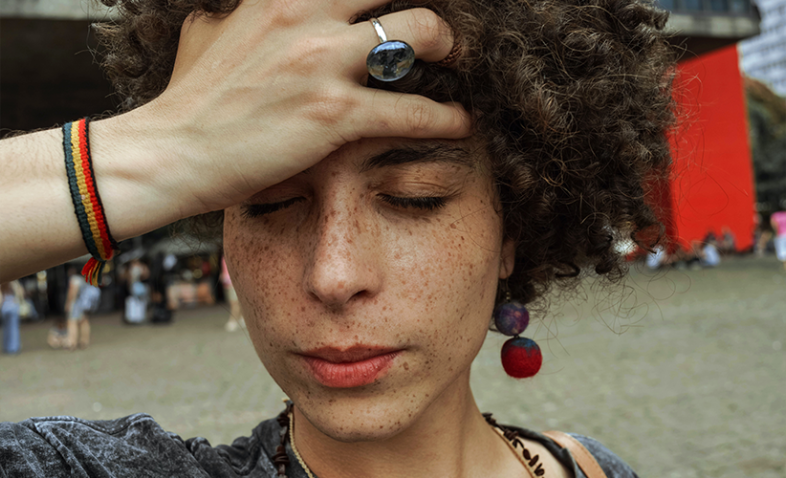 The following article covers part 9 of an overview of neurological diseases.

As one might expect, anxiety disorders are those characterized by chronic anxiety that has no known cause, a cause that is entirely irrational (i.e. non-threatening stimuli) or that arises disproportionately towards a relevant cause (i.e. extreme anxiety towards a minor threat).

They are the most common type of mental illness experienced by Europeans, with women being affected 2-3 times more often than men. With the exception of PTSD and trauma-induced disorders, anxiety disorders tend to have an early onset, beginning in children and teenagers.

Chronic anxiety is not enough to diagnose somebody with an anxiety disorder as there are a number of life circumstances and medical conditions that can produce chronic anxiety. Respiratory distress, hypertension, cardiovascular conditions, neurological diseases and endocrine disorders all may present with elevated anxiety.[1]

Just like mood disorders, anxiety disorders are connected to neurotransmitter imbalances within the amygdala. Norepinephrine, serotonin, GABA and dopamine all play a role in inducing anxiety.

Types of anxiety disorders include[2]:

Generalized symptoms of anxiety (within the context of a disorder) include[3]:

To constitute an anxiety disorder, symptoms need to be persistent, usually lasting for longer than a year and need to be a cause of social or occupational dysfunction.

Relatively little is known about what causes and contributes towards an increased risk of acquiring an anxiety disorder. Current data suggests that genetics play a moderate role in their onset, with a potential 30-67% increased risk of familial inheritance.

Other risk factors tend to include negative life events such as:

Many anxiety disorders can be treated through psychotherapy alone. More extreme types may require cognitive behavioral therapy and/or pharmaceuticals, including antidepressants and anxiolytic drugs.

Consuming a healthy, fiber-rich diet and participating in regular vigorous exercise is recommended for those with anxiety disorders.

If possible, participating in tasks that are cathartic or relaxing such as arts, crafts or music may help, as well as attempting to learn new skills that help to distract from anxiety-producing thoughts.

Psychosis refers to any set of symptoms in which the person experiencing them loses touch with reality in one way or another. A person with psychosis has difficulty discerning what is real from what is not.

Typical manifestations of psychosis include delusional thinking, paranoia, auditory and/or visual hallucinations, anxiety or agitation, chaotic speech, disorganization, and behavior generally regarded as insane. During an acute psychotic episode, the patient may act out in ways that harm themselves or others.

It is estimated that anywhere between 1.5 and 3.5% of the general population will experience a form of psychosis in their lifetime.[4]

While there is no known cause, research has revealed a strong connection between psychotic disorders and neurotransmitter imbalances. Excessive dopamine production[5] and increased neuro-excitability (eventually causing a decrease in glutamate transmission or “burn-out”) are two main factors that seem implicated. Other studies indicate that GABA (an inhibitory neurotransmitter) may also be under-functioning in those with Schizophrenia and some patients convey a deficit in acetylcholine.

Schizophrenia is a mental disorder that is predominantly characterized by psychosis that lasts longer than 6 months and is classically, lifelong. Without other underlying conditions that exacerbate its onset, Schizophrenia is believed to be a neurodevelopmental disorder with a late onset (teen years to late 20’s). It is exceedingly rare for children to suffer from any form of psychosis in the absence of an underlying medical condition.

It ought to be noted that Schizophrenia is one of the most common false diagnoses received by psychiatric patients. For the diagnosis of Schizophrenia to be made, it is very important that other conditions be ruled out first that may be causing the psychotic symptoms. More often than not, Schizophrenia is the diagnosis given to psychotic patients for whom the doctor cannot discern the underlying cause of the condition. Many neurological diseases and conditions may produce deviations in a person’s way of thinking and decoding reality that can be mistakenly interpreted as Schizophrenia if not taken into consideration.

The main symptom of Schizophrenia is inexplicable psychosis (2 or more psychotic symptoms[6]) that persists longer than 6months and is likely to be lifelong. Psychotic symptoms must also be a cause for social or occupational dysfunction.[7]

Living with psychosis is not easy and those with Schizophrenia tend to suffer additional symptoms, including:

While Schizophrenia is the primary disease pertaining to psychosis, there are a few other psychotic disorders that exhibit similar symptoms, such as[8]:

The risk of acquiring psychosis and related disorders is increased with the following factors:

Antipsychotics are the gold standard for treating psychosis as either a symptom or a related disorder. If there is a known underlying cause for the psychosis, such as substance abuse, then treating that can help to abate psychotic symptoms.

In some cases, sedatives and antidepressants may help to treat psychosis due to the way in which they modulate neurotransmitter levels.

If psychosis is prolonged, cognitive behavioral therapy may help the patient adjust to living with their condition in a functional way that may improve outcomes for them in the long-term. Social support is important for these patients, as is abiding in a calm and caring environment.