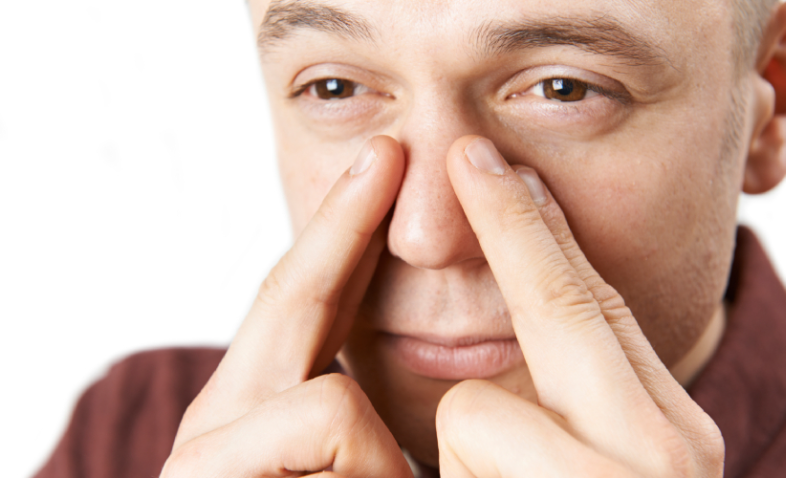 Septum deviation is a common condition that occurs when the septum inside the nose is uneven or off-center.

In many cases, a deviated septum does not cause any symptoms and rarely requires treatment. In other cases, it can cause congestion, nasal obstruction, chronic nasal infections, nose bleeds, and difficulty sleeping.

These symptoms are usually managed with decongestants, antihistamines, and nasal steroids. If the symptoms worsen or do not get better with medication, your doctor might recommend septoplasty surgery to correct a deviated septum.

Read on to learn more about septum deviation, its symptoms, causes, diagnosis, and treatment options.

What Is a Deviated Septum?

A deviated septum is a condition where the septum inside your nose is crooked or shifted to one side. It’s a very common condition that affects more than 80% of people to varying degrees.

The nasal septum is the thin wall of bone and cartilage that separates your right nasal cavity from your left one. Typically, the septum is centered right in the middle of the nose, separating the nostrils evenly.

When the septum is off-center or crooked, it can make one nasal cavity bigger than the other, and one nostril appears larger than the other. A severely deviated septum can block one side of the nose and cause breathing difficulties.

Symptoms Of a Deviated Septum

Many people have a deviated septum and don’t even know about it. In most cases, this condition doesn’t cause any symptoms.

However, a severely shifted septum can cause the following signs and symptoms:

What Causes a Deviated Septum?

A deviated nasal septum may be congenital (present since birth), or the condition may occur as a result of a nose injury.

The most common causes of nasal injuries that lead to a deviated septum include the following:

The symptoms of a nasal septum deviation could worsen with age or an infection that causes swelling and further blocks the nasal passages.

How To Diagnose A Deviated Septum?

In many cases, a deviated septum causes no symptoms and goes unnoticed. If you’re having trouble breathing or other nasal symptoms, book an appointment with your doctor.

To confirm a deviated septum diagnosis, your doctor will do the following:

Based on this examination, your doctor can determine whether you have a deviated septum and how severe your condition is.

You can also check yourself for a deviated septum at home.

The steps of the DIY self-test for a deviated septum include the following:

You can also do the following breathing test to tell whether you might have a deviated septum:

Breathing difficulties and nasal obstruction may have other causes beside a deviated septum. The best way to confirm septum deviation is by consulting an ENT (Ear, Nose, Throat) doctor.

How Is a Deviated Septum Treated?

Managing the symptoms of a deviated septum

In most cases, treatment for septumdeviation is not necessary. Instead, your doctor will help you manage your symptoms by prescribing the following:

In case your symptoms don’t improve with medication or nasal devices, or if your crooked septum is causing you cosmetic concerns, your doctor may recommend a surgery called septoplasty.

Surgical repair of a deviated septum

Surgery is the only way to permanently fix a deviated septum and correct the appearance of a crooked nose.

Septoplasty or septum deviation surgery is a nose surgery done to straighten a deviated septum and relieve the symptoms associated with this condition.

It’s a relatively minor procedure that lasts around an hour and a half, and patients can usually return home to recover the same day. During your septoplasty, your surgeon repositions the bone and cartilage of your septum to realign it.

A septoplasty is often performed as part of a rhinoplasty (regular nose reshaping surgery) to relieve symptoms of a deviated septum and fix the nose’s overall appearance.

In some cases, nasal surgery can completely relieve nasal obstruction and other symptoms of septum deviation. In other cases, surgery on its own is not enough, and additional treatment is required to treat nasal conditions, such as sinus infections.

You can discuss treatment options with your doctor if you have a deviated septum causing you breathing problems, sleep troubles, chronic sinus infections, or even cosmetic concerns.

To search for the best Ear Nose And Throat (ENT) healthcare providers in Germany, India, Malaysia, Spain, Thailand, Turkey, the UAE, the UK and the USA, please use the Mya Care search engine.