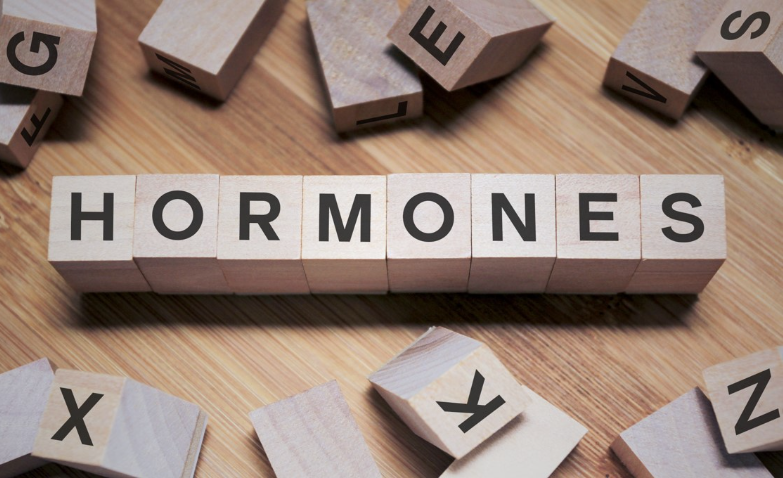 Hormones are one area of health that are commonly referred to, yet not commonly understood.

More often than not, hormones have become an excuse for causing inexplicable mood swings, excessive cravings for unhealthy food and other impulsive behaviors that we supposedly have little control over. This has also caused hormones to gain a bad reputation, being perceived as the villains behind several health conditions and states of being. Unfortunately, hormones can’t really be blamed for any of our actions as they are merely innocent chemical messengers!

Through developing a deeper understanding of the endocrine system, it becomes clear that we are not at the mercy of our hormones and that they are in fact conducive to living a happy, healthy life. The following overview briefly details the endocrine system and how its many faucets come together to ensure that the body functions at its optimum.

Brief Look at the Functioning of the Endocrine System

The endocrine system refers to all aspects of the entire body that use hormones to produce effects[1]. It governs many finer points of both our lived experience and our health, through its control over vital bodily functions. Some of these functions include growth and development, the balance of electrolytes and other minerals in the body, our metabolism and appetite, our state of alertness and many facets of reproduction.

No state of health can be achieved without a fantastic sense of biological communication. This is where our hormones come into play, serving to communicate relevant information between different systems of the body that allows it to function in harmony. Without hormones, the body would not be able to coordinate responses and create a sense of order from the millions of chemical reactions occurring in each of our cells on a daily basis.

Hormones are able to communicate on a chemical level in a variety of different ways. Endocrine organs tend to respond to specific stimuli, such as temperature or mineral balance in the body. They then release hormones in response to these stimuli in an attempt to maintain perfect homeostasis or balance. The hormones instruct receptive cells and organs to produce certain chemical compounds or act in specific ways that ensure this balance is achieved. When a hormone has sufficiently served its purpose, the net effects of its actions tend to inform the endocrine organs responsible (either directly or indirectly via the brain). The production of the specific hormone then becomes inhibited, often by the release of an inhibiting or counter-active hormone. In this way, hormones regulate many aspects of our physiology.

In terms of the nervous system, hormones play a special role as chemical translators. Neuro-endocrine cells form part of every organ in the body and act as go-betweens for neurons and all other cell types. The neuro-endocrine cell is capable of translating electrical impulses from nearby neurons into hormones that then signal to the other cell types what to do. In this way, the endocrine system feeds into the nervous system and helps the brain maintain control over all bodily functions.

Both the bloodstream and the nervous system run through the hypothalamus, allowing it to monitor all hormonal activity in the body at any given time. Temperature, osmotic pressure, hormones, nerve impulses and other chemical signals alert the hypothalamus as to what is required for balance. Once informed of something irregular, the hypothalamus releases stimulating or inhibiting hormones that are picked up by the pituitary gland. In response, the pituitary then sends out the actual hormones to act upon specific endocrine organs in the body. This has special relevance for the adrenal glands, the reproductive organs and the thyroid.

The hypothalamus can also send out nerve signals to other endocrine organs, having actions independent of the pituitary in order to effect hormonal instructions to distant body tissues.

As mentioned, the hormonal communication between the hypothalamus and pituitary are especially relevant for the adrenal glands, gonads and thyroid. These interactions have been classified into the following three very important axis’s in the body:

1. HPA or Hypothalamic-Pituitary-Adrenal Axis, which governs our state of arousal, our response to stress or relaxation, fluid retention, mineral electrolyte balance and osmotic pressure throughout the body.

2. HPG or Hypothalamic-Pituitary-Gonadal Axis, which is responsible for controlling reproduction, sexual arousal and other related functions, such as menstruation, pregnancy, and sex differences in pubertal development.

3. HPT or Hypothalamic-Pituitary-Thyroidal Axis,  which controls for certain aspects of cellular metabolism as well as calcium homeostasis in the body.

All other organs in the body respond to hormonal signals too however, with the pancreas being another vital endocrine organ that deserves further discussion.

There are several different types of hormones that exert unique effects throughout the body. Each hormone type has a different molecular structure and size, which allows for them to interact with specific sites at the cellular level and thus exert their different effects[2]. These include:

In this way, the definition of a hormone is far larger than what people realize. Many components of the food we eat, for instance, serve to interact with our biology in ways similar to hormones.

As mentioned, hormones travel through the bloodstream to reach their target sites or are stimulated in target sites by nerves. In the case of the bloodstream, steroidal hormones are found bound to the proteins albumin[3] and sex hormone-binding globulin (SHBG)[4]. This helps them to reach their desired destinations and to be excreted if they are not required. Adrenal hormones, growth hormone and growth factors have unique binding globulins or proteins that facilitate their transport around the body.[5]

Free-floating hormones tend to be troublesome as they are known to activate target sites in an uncontrolled fashion. Serum albumin is generally needed to pick up the slack where other binding proteins fall short, helping to mop up these “free-floaters.”

Endocrine Organs and Their Hormones

The most important hormone-producing organs in the body are the thyroid, parathyroid, pancreas, adrenal glands and the reproductive organs in both men and women, as discussed below. All of these organs are stimulated in various degrees by the hypothalamus and pituitary in the brain, which serve as the primary centers for endocrine control in the body.

In spite of these being the most important endocrine organs, every cell is hormonally active and responsive, meaning that the endocrine system can be extended to all areas of the body. The skin, pineal gland, liver and several other body sites promote the conversion of hormones into more potent forms that are essential for our functioning as well.

As explained above, the hypothalamus is constantly surveying signals from both the internal and external environments via the nervous system and bloodstream in order to ascertain what hormonal signals ought to be produced at any given time to achieve homeostasis. For the most part, all hypothalamus releases instruct the pituitary gland, which instructs the remainder of the endocrine system from there on out.

The main hormones the hypothalamus releases are as follows[6]:

When looking at its role in the endocrine system, the pituitary takes the endocrine signals from the hypothalamus and translates them into hormonal signals that other systems of the body understand and can act upon.

At the same time as producing hormones that affect the rest of the body, the pituitary’s hormones tend to act as inhibitors on hypothalamic hormone release. This ensures that the hypothalamus does not keep endlessly promoting hormone secretion and helps to regulate the endocrine system as whole.

The anterior pituitary plays a bigger role in hormonal regulation than the posterior portion of the gland. The hormones the pituitary releases either get target organs to produce their own hormones or has a direct interaction on the organs at the cellular level. These hormones include:

The posterior pituitary doesn’t release any hormones but serves as a storage site for vasopressin and oxytocin. Both of these hormones are generated by the hypothalamic neurons that extend into the back end of the pituitary, where they are stored. Their functions are as follows:

The thyroid gland and four parathyroid glands are endocrine organs that are responsible for governing many aspects of metabolism at the cellular level, influencing each and every tissue in the body.

Without the hormones that the thyroid produces, the body would be incapable of sustaining energy production, growth would be inhibited to a large degree and many protective mechanisms of cells would cease to function optimally. The parathyroid plays a smaller, yet also essential role in regulating energy production through ensuring all tissues receive an adequate supply of the right form of calcium.

The hormones produced by the thyroid and parathyroid glands are as follows:

Pancreas and other Digestive Organs

The stomach, liver, and gallbladder are also stimulated via the vagus nerve through neurological stimulation from the hypothalamus. Neuro-endocrine cells in these organs take signals from the vagus nerve and translate them into hormonal instructions that help the release of digestive enzymes, such as stomach acids, bile acids and many liver by-products.

The adrenal glands are endocrine organs situated on top of the kidneys. The outer layer, known as the adrenal cortex, is responsible for producing most adrenal hormones. These are steroidal by type and consist of:

Whenever the body experiences high levels of inflammation, such as during traumatic injury, allergy or states of disease, glucocorticoids are released to suppress inflammation. Too many glucocorticoids over a prolonged period of time however have been seen to cause tissue damage as they also suppress the body’s ability to regenerate[9]. The activity of corticoids are opposing to that of insulin, preventing muscles and fat from taking up glucose as well as promoting resources in these tissues to be broken down and used to produce energy.

The main hormones active in the reproductive hormones are the sex steroids, androgen and estrogen. There are many different forms of these hormones and they have a wide set of actions in tissues all throughout the body. Between estrogen and androgen, growth and development is kept in balance, with sex-specific differences being evident in the physical characteristics of man and woman respectively. Both of these main sex hormones are produced in the reproductive tract when stimulated by LH and FSH release from the pituitary.