FIBROMYALGIA AND THE NEUROBIOLOGY OF CHRONIC PAIN 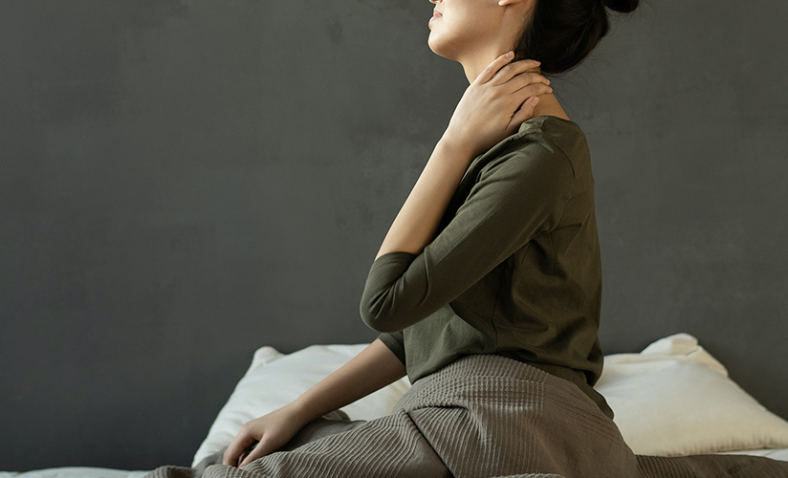 “Bad things do happen; how I respond to them defines my character and the quality of my life. I can choose to sit in perpetual sadness, immobilized by the gravity of my loss, or I can choose to rise from the pain and treasure the most precious gift I have - life itself.”

Chronic pain is one of the most challenging health conditions to-date, and sadly, one of the least understood. The following article highlights what is known about both chronic pain and fibromyalgia. Symptoms, potential causes, risk factors and treatment options are discussed below.

Fibromyalgia is a condition in which the body’s ability to process and perceive pain becomes dysfunctional[1]. Patients with Fibromyalgia often feel pain from stimuli that are simply not painful. Pain can be triggered by emotional, mental or physical stimuli, such as stress, traumatic ideation or physical touch. The disease shares commonality with small nerve fiber neuropathies in which sensations of light touch induce a heightened feeling of pain, such as being in contact with a bed sheet.

Other conditions that share some overlap with clinical features of fibromyalgia include insulin resistance, chronic fatigue syndrome, major depressive disorder and other mood disorders. Onset noticeably occurs after a traumatic event in a large number of cases, implicating severe stress as a major trigger. Other cases of fibromyalgia have manifested in the absence of a known trigger, slowly developing over time.

Common symptoms of fibromyalgia include[2]:

The vast majority of those with fibromyalgia develop the condition as a result of prolonged regional pain, which may be induced physically or chemically.

Pain perception is a very complex process that consists of multiple variables. In Fibromyalgia, it is uncertain where along the line pain perception becomes heightened and confused with other sensory stimuli, with distortions in multiple areas of the nervous system having been observed across all members with the illness:

Within the brain, pain processing itself is highly complex and involves many areas across all cortices. In those with fibromyalgia, brain scans reveal that activity in any of these regions is typically amplified at central hubs where processing points intersect[5] [6]. In some cases, any signals traversing these areas can serve as a trigger as the signals become amplified and end up triggering the networks involved in pain processing. As these hubs are not only involved in pain processing, the trigger can seem almost random or highly specific to each individual with the disease.

It has been noted that the insula is a common triggering hub in the brains of those with fibromyalgia[7], often part of the network involved in pain amplification. As the insula is involved in processing personality, consciousness, trauma, emotion and memory, a wide array of stimuli can trigger pain in a person with fibromyalgia. This coincides with psychological theories that note that those with the condition have “weak personalities” and are more susceptible to any kind of mental-emotional stressor.

Alterations in neurotransmitter levels are noted in those with both chronic fatigue syndrome and fibromyalgia, for which there is a significant overlap in neurological profiles. In response to chronic pain signaling, both serotonin and dopamine can become depleted and act erratically[8]. As serotonin is required to produce and activate dopamine, and dopamine is the precursor to norepinephrine which drives our basic level of waking arousal throughout the day, a lack of these neurotransmitters results in severe fatigue.

Mast cells are involved in the immune reactions underlying the pain and inflammation associated with tissue damage, open wounds and allergies. Upon activation, they release compounds that sensitize neurons to pain, triggering an inflammatory pain response. They are also capable of alerting immune cells of painful stimuli, which then serve to activate pain-related pathways in the nervous system.[9]

Opioids are compounds found throughout nature in the form of sugars, with cane sugar perhaps being the most famous type consumed on mass. The body happens to also make its own opioids, which serve as vital signaling molecules within the endocrine and nervous systems. Endogenous opioids and their receptors make up the opioid system[10] [11]. These compounds are involved in a number of bodily functions, with the best studied functions being related to pain perception and the body’s natural ability to block pain.

In those with fibromyalgia, natural opioid production and receptor expression is dysfunctional, resulting in increased sensitivity to pain. Research reveals that patients typically have an increased level of opioids in neuronal synapses, however the opioids fail to make it to the appropriate receptors. Other studies reveal a decrease in available opioid receptors.[12]

Risk factors for fibromyalgia include:

Fibromyalgia is often treated with the help of a qualified rheumatologist. Due to its prevalence amongst those with other systemic diseases that produce pain, it can be difficult to diagnose. Those with fibromyalgia may not experience all the common symptoms; however the symptoms they do have will be out of proportion in the context of other ailments.

Many patients with fibromyalgia are highly sensitive towards any kind of pharmaceutical medication. As a result, the condition is generally managed through improving lifestyle parameters. A skilled rheumatologist understands this and will prescribe drugs with caution, starting at the lowest dose possible and gently working towards an acceptable level in order to alleviate symptoms.[25]

Some patients with fibromyalgia respond to antidepressants that increase the reuptake of serotonin and noradrenaline. In a subset of patients, this tends to improve on symptoms of depression, anxiety, concentration and fatigue. However, the majority of those with fibromyalgia typically do not respond towards antidepressants as they do not treat the main presenting symptoms. When considering antidepressant treatment, it should be noted that depression, anxiety and fatigue are secondary symptoms that are the result of chronic widespread pain.

Antiepileptic drugs are an experimental approach for treating fibromyalgia that have begun to gain traction over the years. These medications block the action of excitatory neurotransmitters such as glutamate by providing synthetic forms of inhibitory neurotransmitters (e.g. pregabalin). These may be effective for cases of fibromyalgia that have central nervous system involvement. Antiepileptics may improve upon the quality of sleep and pain intensity in this subset of patients.

Living with fibromyalgia is often exceedingly difficult, particularly due to the stressful nature of the condition. Those with the diseases typically fluctuate between depression and severe anxiety, both of which worsen the symptoms of the disease and can be exacerbated by the way in which one thinks. To make matters worse, it was not until recent years that fibromyalgia was accepted as a medical condition.

A skilled psychotherapist is able to reassure the patient that the condition is real, as well as help them to shift their mindset and work towards a more positive mental approach. This in turn can help to ease the psychological component of the disease, which typically resembles (and can also be related to) a form of trauma.

Physical exercise is strongly advised for those with fibromyalgia, as the effects on the nervous system help to alleviate many of the chemically-induced symptoms. Exercise increases the levels of neurotransmitters lacking in those with fibromyalgia and chronic fatigue syndrome, such as serotonin and dopamine. It also promotes the release of endorphins and other pain-relieving compounds that serve to stabilize the body’s opioid system.

In spite of the benefits, exercise should be tempered according to the person’s fitness level to avoid exhaustion and excessive muscle breakdown. Those with fibromyalgia would benefit from wearable fitness trackers that can help them to be consistent with exercise, as well as to frequently improve the amount of exercise done on a daily basis until a sufficient threshold is reached. These patients can benefit from more exercise than the average healthy individual, provided they work towards increasing their fitness levels slowly without causing more stress on their bodies.

At the very least, 30mins of aerobic exercise 3 times a week is required. Yoga, water-based exercise and other therapeutic forms of exercise may also be beneficial.

Good sleep hygiene is characterized by:

Naps throughout the day may help to combat fatigue; however, extended periods of daytime sleep should be avoided in order to promote good sleep hygiene.

Fibromyalgia and chronic widespread pain are conditions that are common developments present amongst many patients with painful disorders. Little is known about the underlying causes, however in every case, faulty pain processing is the main theme. Poor lifestyle choices, physically traumatic experiences, chronic disease, under-functioning metabolism and female gender appear to be prime risk factors. While painkillers may seem to be an obvious treatment option, they are often ineffective. Low doses of antidepressants, antiepileptics and weak opioids may be beneficial in managing symptoms. Regular exercise, consuming a healthy diet, therapy and practicing good sleep hygiene are key to managing symptoms of fibromyalgia.