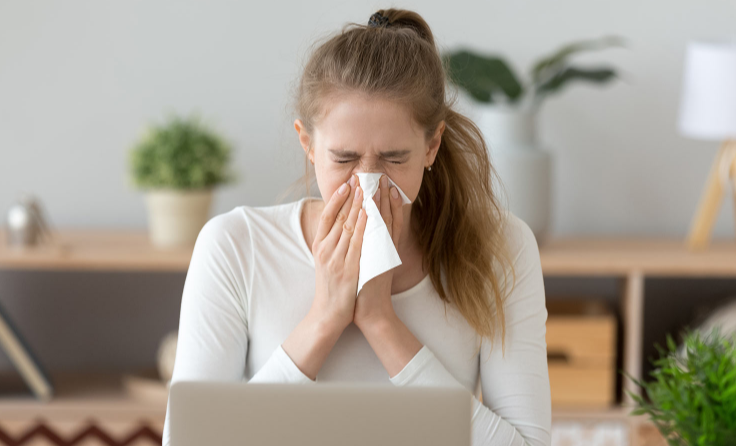 Sinusitis is the inflammation of the paranasal sinuses—air filled cavities present around the nose in the bones of head and face. There are four pairs of sinuses in an individual, which are connected to the nose through narrow channels. Maxillary sinuses are located in maxilla (upper jaw), ethmoid sinuses are located between the eyes, frontal sinuses in the forehead, and sphenoid sinuses behind the nose.

Rhinosinusitis is the most-commonly reported disease in the US. Every year, it affects ~30 million individuals and ~USD 6 billion are spent annually to treat individuals with sinus-related complaints.

Based on the duration of the disease, Rhinosinusitis is classified into:

Acute rhinosinusitis can be further sub divided into two types:

Common symptoms of rhinosinusitis include nasal obstruction, facial pain, or pressure in the region of cheeks, eyes, and forehead. Other symptoms include nasal discharge or postnasal drip (discharge of mucus into the throat) and reduced sense of smell, along with headache, bad breath, fever, cough, tooth pain, and ear pain. In individuals with chronic rhinosinusitis, the nasal discharge is white or light yellow whereas in cases with recurrent acute rhinosinusitis, a thick yellow, green, or brown mucus is observed.

The exact cause for rhinosinusitis is not known. Factors which can contribute to the disease are:

The sinuses are connected to the nose through narrow channels. These channels aid in the drainage of the mucus secreted by sinuses. The mucus entraps foreign bodies, microbes, and allergens present in the air we inhale and filters the air in a process called mucociliary clearance. This entrapped mucus is then swallowed and drained through the throat.

Sometimes, the presence of upper respiratory tract infections, structural abnormalities, reaction to viruses, bacteria, allergies, or other related conditions can affect mucociliary clearance. This can cause swelling (inflammation) of the mucosa (inner skin lining the sinus and nose), impair the mucociliary clearance, and block the sinus opening. The blockage of sinus opening obstructs the drainage of mucus, allowing its accumulation within sinuses. The clogged sinus becomes a breeding ground for microbial growth, leading to sinus infections. ~1.5% of sinus infections are bacterial in origin (e.g., Streptocoocus pneumoniae, Haemophilus influenzae, and Moraxella catarrhalis).

The treatment for rhinosinusitis includes both medical and surgical therapy