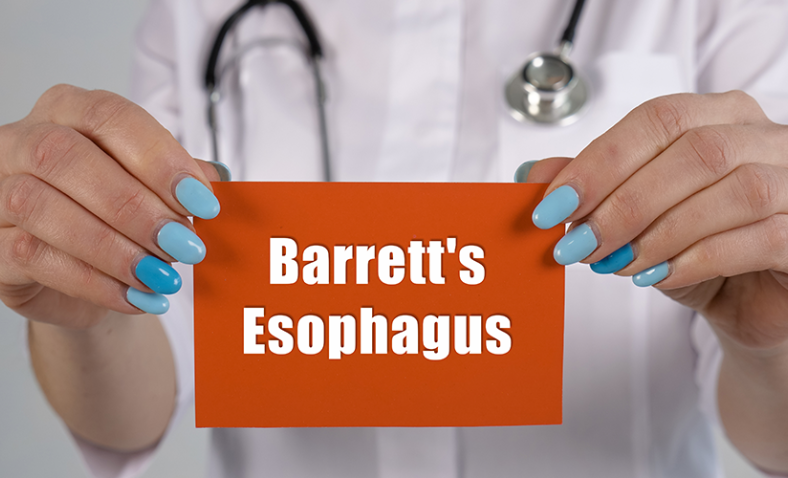 Barrett’s Esophagus is a condition that affects the lower part of the esophagus - the muscular tube which transports food from your mouth to your stomach.

It’s usually associated with acid reflux disease (GERD) - a very common condition with worldwide prevalence rates ranging from 8-40%. The continuous exposure to stomach acid causes the esophageal cells to change, and they start to resemble intestinal cells. This change can sometimes lead to cancer of the esophagus. This is why early diagnosis and management are critical. Studies indicate an incidence of 1.3 to 1.6% among the general population for Barrett’s Esophagus and that 5 to 15% of symptomatic GERD patients are at risk of Barrett’s Esophagus. It impacts males more (3:1) and is more common in those of white ethnicity, with incidence increasing with age. Furthermore, obesity (with high abdominal fat rather than BMI) is another prominent risk factor for both conditions.

What Is Barrett’s Esophagus?

Barrett’s Esophagus is a pathologic condition of the esophagus. It’s thought to be a complication of gastroesophageal reflux disease (GERD), however, it can occur without it.

Keep in mind that Barrett’s Esophagus can occur even without having gastric acid reflux. In such cases, the symptoms of reflux are minimal.

Based on the result of the biopsy, your pathologist will determine the amount of “dysplasia” you have.

Dysplasia is an advanced cellular change that can occur within a Barrett’s Esophagus lesion. The more dysplasia you have, the more significantly mutated the cells are. Dysplasia is considered a precancerous lesion.

So, your pathologist will classify the lesion you have as Barrett’s esophagus with:

What is the best Treatment for Barrett’s Esophagus

The treatment of Barrett’s esophagus depends on the degree of dysplasia found on the biopsy:

If your biopsy shows no dysplastic cells, then the likelihood of developing cancer is extremely low. As such, a more conservative treatment strategy that involves could be followed:

If you have low-grade dysplasia, then you’re at a slightly higher risk of developing cancer in the future.

Depending on your other risk factors, your doctor might either recommend aggressive monitoring (endoscopy every 6 to 12 months) or treatment of the lesion. If treatment is recommended, your options include:

Major global centers perform the most advanced therapeutic interventions to treat Barrett’s esophagus, maintaining strict treatment protocols and follow-up regimens to ensure that all precancerous cells are destroyed to reduce the risk of recurrence.

If your pathology report shows high-grade dysplasia, then you’re at a higher-than-usual risk of developing esophageal cancer.

In such cases, monitoring alone is not an option. Treatment of Barrett’s esophagus with high-grade dysplasia or early Barrett´s carcinoma includes:

After removing the lesion, a close monitoring plan and periodic gastroscopy examinations are recommended, usually yearly.

Early diagnosis and treatment of Barrett’s esophagus is the key to achieving remission and preventing progression to cancer.

Prof. Dr. med. Siegbert Faiss is the Head of Department for Internal Medicine, with a focus on gastroenterology at the Sana Hospital Lichtenberg. Being a nationally and internationally recognized gastroenterologist and interventional endoscopist, he has received numerous honors and prizes for his scientific work, especially in the field of endosonography and endoscopic tumor therapy.

Acclaimed and awarded for exceptional quality in gastroenterological care, the Department for Internal Medicine is a hub of ongoing innovative research on the Barrett’s Esophagus condition. As such, we implement the latest and most well-studied therapeutic and diagnostic techniques science has to offer.

For more details on the author, visit this link.

To explore the entire scope of services offered by the Department for Internal Medicine, with a focus on gastroenterology at the Sana Hospital Lichtenberg, visit here.