WHAT IS ANKYLOSING SPONDYLITIS AND HOW YOU CAN TREAT IT 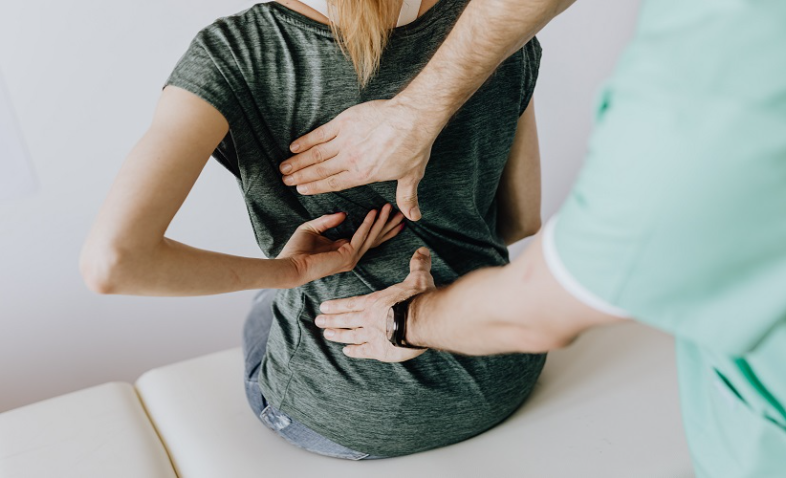 Ankylosing spondylitis is a progressive inflammatory disease that affects the vertebral (spine) bones.

About 300,000 Americans (nearly one percent of the adult population) have ankylosing spondylitis. It is more likely to affect men than women. It leads to back pain and stiffness that might worsen over time.

Unfortunately, there is no cure for Ankylosing Spondylitis. However, the right treatment and care can help you keep it in control and even lessen the symptoms. In some cases, treatment can also slow down the progression of the disease.

In this article, we will discuss what ankylosing spondylitis is, what symptoms you should look for, and ways to treat it.

Ankylosing spondylitis (AS) is a rare form of arthritis (bone inflammation). “Ankylosis" means fused bones or other hard tissue. "Spondylitis" means inflammation in your spinal bones (vertebra). It is a progressive condition that eventually fuses your vertebra together leading to back pain and stiffness.

Here is what happens in a body affected by AS:

Ankylosing Spondylitis usually starts in your lower back and slowly starts affecting other body parts like your neck. Essentially, it damages your joints, causing inflammation in your vertebrae, and can leave your spine hunched. If it affects the ribs, it can also cause difficulty in breathing.

What are the Symptoms?

Signs and symptoms of ankylosing spondylitis begin in early adulthood. They mainly include pain and stiffness in your lower back and hips. These bouts of pain are more likely to occur in the morning or during periods of inactivity.

Since ankylosing spondylitis is a systemic disease, it has a wide range of symptoms that can affect nearly all body systems.

Here’s a list of all the symptoms associated with Ankylosing Spondylitis:

In your joints, you might notice any of these symptoms:

What are the Risk Factors?

There are certain risk factors of AS that make you more likely to develop ankylosing spondylitis. These are:

Men are much more prone to develop AS than women - so your sex is a risk factor.

Ankylosing spondylitis is linked to a certain gene called the HLA-B27 gene. If you have this gene, there is a higher chance of you getting AS. However, having this gene does not always mean that you will develop AS.

What Triggers AS Flare-Ups?

Medically, a flare-up is a sudden outburst or intensification of a condition. This usually means moderate to severe back and joint pain and stiffness.

An ankylosing spondylitis flare-up is bound to happen and can’t always be controlled. However, some people who’ve had the condition for years have identified their flare-up triggers. Understanding and getting to know your triggers can help you avoid flare-ups.

The following have been identified as triggers of AS flare-ups:

Around 80% of people with ankylosing spondylitis have reported that flare-ups are triggered by stress.

In other cases, a sedentary lifestyle can aggravate symptoms. Although it may seem like a struggle to exercise with back pain, regular physical activity can minimize your flare-ups and actually make you feel better. You do not even have to engage in a high-impact routine. Something as simple as walking and yoga can help you.

Poor posture can also be a trigger for ankylosing spondylitis. Misalignment of your bones due to bad posture can lead to more frequent flare-ups. That’s why it is important to practice good posture, whether you are sitting or standing. It will not only lessen the number of flare-ups you experience but can also slow down the progression of Ankylosis.

There is a link between smoking and disease activity in people with ankylosing spondylitis. Since smoking has an inflammatory effect on the body, it is likely to cause a flare-up in people with AS.

People with AS have multiple afflictions such as inflammation, stiffness, and joint pain. This means that they have limitations to what they can and cannot do. Going above and beyond these limitations can lead to a flare-up. Therefore, resting and keeping your health in check during daily activities is important.

Not Taking Medication as Directed

Although there is no cure for ankylosing spondylitis, your doctor may prescribe some to minimize the pain or slow down the progression of the disease. If you fail to take these as directed, a flare-up is more likely to happen.

Since excess weight is likely to put too much pressure on joints, being overweight can also trigger flare-ups of ankylosing spondylitis.

Sleep is the way your body repairs itself and restores its strength. For people with ankylosing spondylitis, it is important to get enough sleep since a lack of it might lead to flare-ups.

Uveitis is one of the most common complications of ankylosing spondylitis. Eye inflammation can lead to rapid-onset eye pain, sensitivity to light, and blurred vision. In some cases, uveitis can lead to vision disturbance.

Another complication of ankylosing spondylitis is compression fractures due to severe bone thinning. The weakened vertebrae can crumble under your body’s own weight leading to a stooped posture. This is called a compression fracture, and it can sometimes lead to spinal cord injury.

Ankylosing spondylitis may lead to heart problems in certain cases. It can cause inflammation in your aorta, the largest artery coming out of your heart.  If this happens, the aorta can become enlarged, distorting the shape of your aortic valve at its base. Numerous heart and vascular diseases have been linked to ankylosing spondylitis. These including aortitis (inflammation of the aorta), aortic valve insufficiency, electrical disturbances, heart muscle weakness, and ischemic heart disease.

Since ankylosing spondylitis is incurable, the treatment is more aimed towards relieving the pain and stiffness from your joints. Treatment can also help prevent or delay the aforementioned complications.

It is best to start treatment when your ankylosing spondylitis is in the earlier stages. Treatment is most successful when initiated before irreversible damage to your joints ensues. This means that the sooner you get your diagnosis, the more likely it is for the treatment to be effective.

Depending on your specific case, you might benefit from any one or more of the following ankylosing spondylitis treatment methods:

Nonsteroidal anti-inflammatory drugs (NSAIDs) are usually used to treat ankylosing spondylitis. These include drugs naproxen and indomethacin. These are the most prescribed medications to control ankylosing spondylitis symptoms. In case NSAIDs don’t work, your doctor may prescribe you certain biologics such as Etanercept (Enbrel), Infliximab (Remicade), Adalimumab (Humira).

The home remedies for the treatment of AS include:

We have discussed most of these in-depth in earlier sections, so have a look at that for better understanding.

Surgery is the most invasive treatment for ankylosing spondylitis. Therefore, it is only recommended if the condition progresses to such a point that daily activities are severely impaired.

There are multiple surgical procedures you can look into that will help you deal with your condition a little more effectively. These include:

The most common procedure out of all of these is laminectomy. This surgery is provided to relieve pressure on nerve roots. The main thing that is done during a laminectomy is the removal of the vertebrae bone called lamina, which allows you to access the disk.

Although ankylosing spondylitis is an incurable disease, you can keep it in control by paying attention to all the factors discussed in this article.

An experienced rheumatologist can prescribe a custom treatment plan to help you maintain a long and happy life with ankylosing spondylitis.

To search for the best orthopedic doctors worldwide, please use the Mya Care search engine.

About the Author:
Mersad is a medical doctor, author, and editor based in Germany. He's managed to publish several research papers early in his career. He is passionate about spreading medical knowledge. Thus, he spends a big portion of his time writing educational articles for everyone to learn.