ACHALASIA TREATMENT OPTIONS (WITH AND WITHOUT SURGERY) 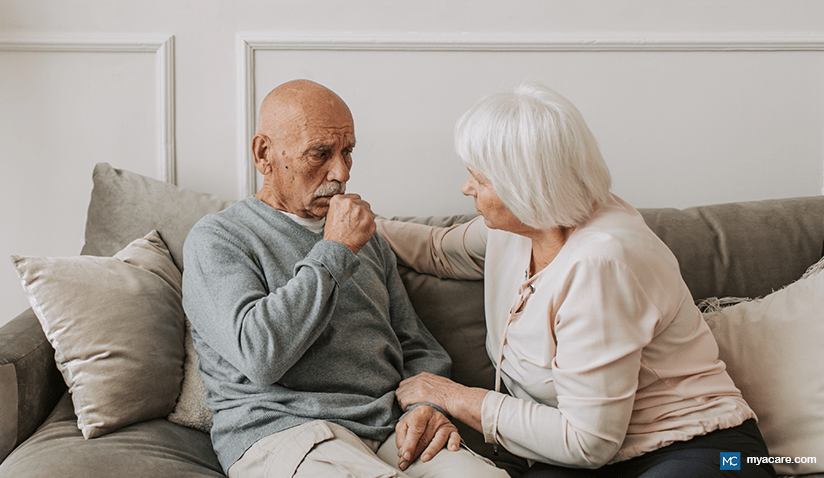 Eating and drinking are second nature; we take in the food, swallow it down into our throat, and it ends up in our stomach. But this process of ingestion is a more complex mechanism than you think.

The esophagus is the muscular tube that connects your mouth and stomach. It contracts rhythmically to push the food down directly into your stomach.

Achalasia is a condition that may affect the way this process works. It’s an esophageal motility disorder that can paralyze your esophagus and prevent it from functioning properly. If left unattended, the symptoms of achalasia, like difficulty swallowing and regurgitation, can interfere with your quality of life.

Thankfully, various non-surgical and surgical options are available to treat achalasia and reduce its symptoms.

Achalasia is a rare digestive disorder that affects the function of your esophagus. The esophagus is a muscular tube that connects your mouth and stomach.

It has a Lower Esophageal Sphincter (LES) located in the area where your esophagus meets your stomach. This LES is a muscular ring that shuts the stomach tight to prevent food from leaking back up.

Normally, your esophagus moves the food and liquid downward through a series of peristaltic waves or contractions and the sphincter relaxes to release it into your stomach. When the LES contracts, it tightens up to stop any regurgitation of your stomach contents back up into your esophagus.

In achalasia, the nerves of your esophagus are damaged. Your esophageal muscles cannot relax and contract normally - the LES is in a chronic tense and closed state, preventing it from passing food down into your stomach. Your esophagus now has to push extra hard to move the food in. Over time, your esophagus becomes paralyzed and dilated from chronic obstruction and pressure.

Esophageal achalasia is rare. It affects about one in every 100,000 people but is most common among adults aged 25 to 60.

The underlying cause of achalasia is still unclear. It is theorized that achalasia may result from an autoimmune disorder triggered by a viral infection.

As part of the abnormal immune response, your body’s immune system attacks itself. It specifically attacks the nerve cells in the walls of your esophagus.

The subsequent nerve damage results in the excessive chronic contraction of your esophageal muscles and LES, blocking the food from passing through to your stomach.

As the nerve cells slowly degenerate, the esophageal sphincter becomes a mechanical obstruction.

Symptoms of achalasia don’t occur overnight. They may develop slowly and last for months or years.

Esophageal achalasia mostly affects the way you normally swallow. Persistent dysphagia (difficulty in swallowing) is one of the most common recurrent symptoms of achalasia.

Achalasia can also lead to regurgitation of the stomach’s acidic contents, leading to esophageal and throat damage, and a wide array of related symptoms.

In general, the symptoms of achalasia can include:

Malnutrition and weight loss are what we consider as long-term results of achalasia or late symptoms. The less common symptoms of achalasia are hiccups and difficulty belching.

How Is Achalasia Diagnosed?

Esophageal achalasia shares symptoms with other digestive disorders, like reflux disease, so it may be overlooked or even misdiagnosed. We can evaluate achalasia through the following diagnostic tests:

Your doctor can check if the distal esophagus narrows at its lower sphincter, a characteristic of achalasia. In a barium swallow test, you’ll first be asked to drink a liquid barium preparation. Barium appears bright on X-ray and will provide a clear view of your esophagus and its movement. A series of X-ray images will be taken to follow the barium as it moves from your throat to the stomach. A lower esophageal sphincter that is too narrow (bird’s beak sign) indicates achalasia.

An endoscope is a flexible, narrow tube that has a camera on it. Your surgeon can pass this through your mouth and it shows the internal view of your esophagus on a screen. A positive sign of achalasia is an unrelaxed lower esophageal sphincter or an esophagus that appears twisted with food remaining inside.

An upper endoscopy can also rule out the possibility of cancerous growths as the cause of your symptoms.

If your esophageal sphincter fails to relax completely, it may be a sign of achalasia. They may also consider achalasia if your esophagus cannot generate a peristaltic wave to push the food down to your stomach.

How Is Achalasia Treated?

Primary treatment of achalasia is targeted at relieving its symptoms and managing the function of your esophagus. These treatments aim to open up your lower esophageal sphincter so that the food and liquid you ingest can easily move through your digestive tract.

Your doctor decides the best treatment option for the management of achalasia based on its severity and your personal preferences.

Other muscle relaxants prescribed to treat achalasia include Isosorbide, Nifedipine, and other calcium channel blockers. These drugs reduce sphincter constrictions so that food can pass through.

Your gastroenterologist pushes a balloon into your lower esophagus and inflates it. The balloon is then inflated inside the LES to dilate it and relax your sphincter muscles.

Depending on the extent of your achalasia, you may need several sessions to reduce your symptoms. Pneumatic dilation is a reliable procedure that only needs to be repeated every few years. Pneumatic dilatation may also be recommended as an initial treatment before surgery.

Surgical myotomy has a success rate of 88% to 95% for up to 10 years. However, a common side effect is the development of GERD. To reduce this effect, they can combine LHM with Partial or Dor Fundoplication.

They cut the circular muscle fibers on the side of your esophagus, the LES sphincter, and the upper part of your stomach. The incision loosens the muscles and allows food and liquid to pass freely into your stomach.

Esophageal achalasia can be difficult to diagnose even with the presence of symptoms like dysphagia, regurgitation, or chest pain. If left untreated, it can lead to permanent damage and loss of esophageal function.

However, the advancements in today’s medical treatments have led to various successful options for treating achalasia. The success rate of both surgical and non-surgical treatments is high. About 95% percent of patients with achalasia can be successfully treated and can live a symptom-free life.

With proper diagnosis and appropriate treatment, it is entirely possible to manage achalasia and receive an excellent prognosis.

What are the risk factors of achalasia?

Achalasia-Addisonianism-Alacrimia (AAA) syndrome is a dysfunction in your nervous system that affects the relaxation of your sphincters. Other risk factors are measles and herpes infections, autoimmune diseases, and HLA Type 2.

If left untreated, you may have difficulty ingesting solid food and even liquids. It can progress to malnutrition and considerable weight loss. Achalasia may also slightly increase your risk of esophageal cancer because of irritation and bacterial growth from food stuck in your esophagus.

Achalasia may result from an autoimmune condition that affects the nerves in your esophagus. However, the exact cause of achalasia is still unclear and further research into the condition is yet to be done.

Can achalasia be reversed?

Although there is no cure for achalasia, we can manage its symptoms with the proper treatment. Medical treatments for achalasia include medications, pneumatic dilation, surgical myotomy, POEM procedure, and other minimally invasive surgical approaches.

How is achalasia diagnosed?

Esophageal manometry, to evaluate the function of your esophagus, is the gold standard for diagnosing achalasia. Doctors can also diagnose it through a barium swallow and upper endoscopy.

What are the complications of achalasia?

Lung infections and pneumonia are potential complications of achalasia. They may arise when food backs up into your esophagus and is then aspirated or drawn into your windpipes to your lungs. Rarely does achalasia lead to esophageal cancer, but it puts you at a greater risk for developing it.

To search for the best Gastroenterology healthcare providers in Germany, India, Malaysia, Spain, Thailand, Turkey, Ukraine, the UAE, the UK and The USA, please use the Mya Care Search engine.