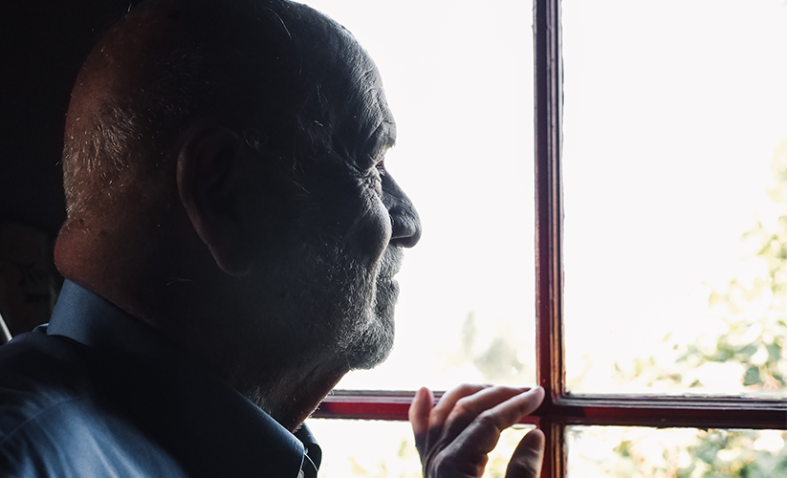 In continuation on our series on Neurological Disease, here is the next segment on Dementia Diseases.

Dementia is almost always caused by the accumulation of a specific type of protein in the neurons of the brain, which causes them to atrophy.[2] The only exception to this rule would be vascular dementia, however each other type of dementia tends to be coupled with a vascular component and thus it is difficult to disassociate vascular dementia from the rest.

All forms of dementia tend to result in shrinkage of the brain’s size and loss of cognitive functions, particularly memory recall. Wherever there are atrophied neurons, there is a loss of neural connection and firing that gives rise to a sort of “Swiss cheese” effect. Hence the resultant gaps in memory and cognition.

Currently there are roughly 47 million people living with dementia worldwide[3].

The main symptom of dementia would be trouble recalling memory. Patients with dementia have been reported to forget even what happened a few minutes prior. Most forms of dementia appear to begin with mild cognitive impairment pertaining to memory loss, yet a diagnosis can only truly be made when other symptoms are present.[4]

Other symptoms of dementia may include:

Symptoms of dementia in the elderly can be also easily confused with side effects of certain pharmaceutical drugs. Scientific literature reports that the elderly tend to be far more sensitive to these side effects than the rest of the population. In susceptible individuals, medications may cause excessive sedation, confusion and agitation that can mimic dementia and have considerable impact on cognitive capacity. Painkillers, sedatives, anxiolytics, and antipsychotics are among some of the greatest offenders. It is very important to consult with a healthcare professional if drug-induced dementia is suspected.

Each type of dementia tends to present with additional symptoms that are discussed below under types of dementia.

There are 6 common types of dementia, with a few other forms that are rarer and not very well understood. The main types are discussed below, as well as a very brief look at a few of the rarer types.

Alzheimer’s Disease (AD) is the number one type of dementia, accounting for 60-80% of dementia cases.

It has been noted that vascular complications tend to contribute substantially to the onset of AD and that up to half of AD patients suffer from some form of a simultaneously present vascular or cerebrovascular condition.

The symptoms of AD are the most commonly cited for all dementias, including:

AD does not detract from motor coordination, but may prevent the ability to make precise pre-planned movements – a term known as limb praxis[5].

Late-stage AD can present with incontinence.

The following may increase the risk of developing Alzheimer’s Disease[6]:

Parkinson’s disease (PD) is the most common neurodegenerative movement disorder[7], affecting 1% of the population over the age of 60. Those with the disease progressively lose functionality of dopaminergic neurons in the substantia nigra, which is a very small component of the basal ganglia in the midbrain. The substantia nigra is related to the reward system of the brain as well as aiding in facilitating bodily movements. Loss of dopamine transmission in this area is typically a result of Lewy Body deposition (see Dementia with Lewy Bodies).[8] [9]

The main symptom of parkinson’s disease would be uncontrollable resting tremors. Others include:

Even though cognition and movement are heavily affected in most with parkinson’s disease, the patient may not be aware of their symptoms and thus may not be able to agree with or accept the diagnosis.

10% of Parkinson’s Disease can be caused by unfortunate genetics, however these cases tend to manifest at much younger ages.

LBD is the result of the internal accumulation of Lewy bodies in neurons. Alpha-synuclein is the main protein involved in LBD, clumping together to form insoluble aggregates similar to the amyloid-beta plaques seen in Alzheimer’s Disease. Lewy bodies are commonly distributed in different patterns pertaining to either the brainstem, limbic region or diffusely throughout the entire brain, particularly the neocortex. The distribution and density of Lewy bodies gives an indication of the disease severity.

Risk factors for LBD are generally a composite of those for AD and PD[11]. Other risks include:

According to some sources, Fronto-Temporal Dementia (FTD) occurs in roughly 25% of cases above the age of 65. However, it is unclear of the exact incidence rate due to research limitations.

FTD is characterized by the neuronal deposition of ubiquitinated TDP-43 (TAR DNA-binding protein 43) and tau protein in the frontal and temporal lobes. There is much still to be learned about this form of dementia. Deficits in serotonin and increases in acetylcholine also seem to be implicated.

Symptoms unique to FTD include spatial disorientation, the early onset of personality and behavioral changes (e.g. loss of insight, blunted emotions, inappropriate social conduct, etc), as well as aphasia. Aphasia refers to any loss of functionality pertaining to language, such as a decline in speech, language comprehension and the abilities to read and write[12].

It is not well known what may place one at a higher risk for FTD, however the following has been associated with increasing the risk:

Vascular dementia accounts for between 5-20% of dementia cases and its incidence tends to double every 5 years with senescence.

This form of dementia is a result of repeated ischemic brain injury and is very closely linked to the health of the cardiovascular system. Ischemia occurs when there is a lack of oxygen and tends to result in permanent death of the neurons at the oxygen-deprived site. Cerebrovascular diseases such as stroke and traumatic brain injury, as well as cardiovascular diseases, are the number one contributors towards the development of vascular dementia.

Current research is beginning to show that Alzheimer’s Disease and vascular dementia share very common features and are rather difficult to separate clinically.

Vascular dementia can also be divided into the following sub-categories[16]:

Vascular abnormalities are common for those with vascular dementia, such as unbalanced cholesterol levels or ratios.

Risk factors for vascular dementia are very similar to those for all cardio- and cerebro- vascular conditions, including:

Symptoms will represent a combination depending on the types of dementia present.

Cardiovascular abnormalities count as a major risk factor for vascular dementia and thus also for mixed dementia. Other risk factors will be a composite of the risk factors described above, depending on the types involved.

Dementia is so far a non-curable condition, unless it is induced by a specific known cause such as medications, malnutrition or some other treatable condition. Many with dementia require the help of a specialized carer.

In this regard, conventional medicine has focused on treating the symptoms of dementia using a plethora of drugs, including:

Deep brain stimulation is an expensive surgical technique that may be used to stimulate the brain electrically. This has been shown to offer relief to those with movement disorders such as Parkinson’s Disease and parkinsonism, however adequate scientific evidence for long-term benefits is lacking.

Other strategies for treating those with dementia include lifestyle interventions such as: