DOES GLUTEN CAUSE INFLAMMATION? 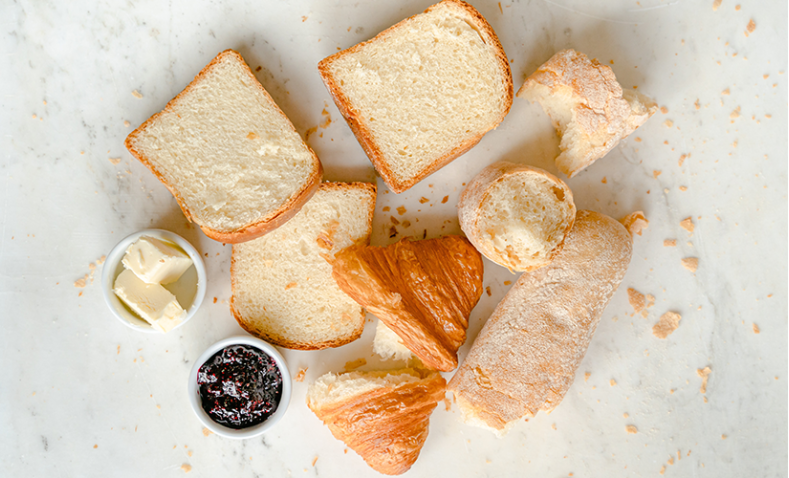 Gluten intolerance is a common concern, and many people extol the benefits of a gluten-free diet. Gluten indeed is connected with autoimmune responses in celiac disease; hence it may or may not be a cause of chronic inflammation in some cases. Now, is gluten itself responsible for inflammation in everyone? Or it happens due to gluten disorders in some people. Let's take a deep dive into the complexity of the claim that gluten is inflammatory.

Gluten is a naturally occurring mixture of water-insoluble proteins, also known as "prolamins," found in wheat, barley, and other cereal grains. It gives shape and elasticity to bread and baked items, offering a soft, chewy texture to the grain-based food.

Since gluten has many unique culinary benefits and unique physical properties, it is used as a supplement to enhance texture and help promote moisture retention in processed foods.

Jennifer Fugo, a renowned integrative clinical nutritionist, says, and I quote here: "It is no secret that being 100% gluten-free is critical if you are gluten sensitive or have celiac disease."

There are no two ways about it that gluten disorders are a severe threat to your health. It would be best if you did not exclude the gluten factor behind your fill-in-the-blank ailment. It might look dramatic, but if you have gluten sensitivity or celiac disorder or even if you merely enjoy gluten products, go on reading this article.

Role of Gluten In Your Life - Good or Bad

Gluten has been considered doubtful regarding its place in a healthful diet due to the negative media hype. Very little research evidence claims that gluten is bad for health, but published studies suggest the opposite.

A study in 2017 including 100,000 participants without celiac disease was conducted, which did not show any relation between long-term gluten intake and heart disease. In fact, a few studies showed that consuming gluten-rich grains improves health outcomes, for example, lowering the rate of heart diseases, stroke, or type 2 diabetes. Gluten might also act as a probiotic feeding the good bacteria in our gut. Hence, there is no controversy or denial in the fact that there are several health benefits to the use of whole grains, but there are an equal amount of imagined arguments against gluten.

How Is Gluten Bad?

Researchers have long known that arthritis such as rheumatoid arthritis and psoriatic arthritis increases the chances of developing celiac disease, which is itself an autoimmune disorder activated by gluten.

Now the question arises, "is gluten just bad with celiac disease and joint pain, or does the term gluten sensitivity exist in some people?"

An Ohio State University dietitian named Liz Weinandy says, "Gluten intolerance is when a person just does not tolerate gluten for whatever reason." In technical jargon, we can also say that it is a "non-Celiac gluten sensitivity."

She explains further that in celiac disease, these partially digested gluten fragments damage the gastrointestinal tract while interacting with the immune system to bring about an immune response.

Hence gluten must be avoided at all times by people with celiac disease.

Liz Weinandy adds that with non-celiac gluten sensitivity, there is no significant damage to the gastrointestinal tract, but there are other symptoms.

A team of researchers from Italy explored this topic and found that people with gluten sensitivity have a high quantity of a molecule named zonulin. Zonulin is a protein that helps control the gut's leakiness, also reflecting the intestinal permeability between the cells lining the digestive tract.

The Function of Zonulin

In healthy individuals, the blood protein zonulin is triggered by inflammation, injury, harmful bacteria or infection, etc. Our body, in turn, produces a high level of this protein to flush out bacteria resulting in diarrhea. The moment our body gets rid of the pathogen, the intestinal tight junctions are closed, and simultaneously, zonulin production abates.

The Italian researchers conducted the research to measure the levels of zonulin with four types of subjects:

The results clearly showed that the zonulin levels were very high in celiac disease and gluten insensitivity, while only elevated levels in Inflammatory Bowel Syndrome (IBS). There was no significant increase in zonulin levels in healthy individuals.

A leading Celiac disease Alessio Fasano told NPR, "No human being completely digests gluten. And in a small percentage of us, that undigested gluten triggers the release of zonulin."

He further adds that once we determine how to regulate the zonulin production in the gut, we can think of better treatment options in patients with celiac disease and gluten sensitivity. So yeah, it is worth noting that gluten triggers the zonulin release, especially in the people who are sensitized to it. But bacterial dysbiosis is a somewhat more significant concern in this situation.

Gluten does increase gut permeability in particular people but, it is unfair and a significant overreach to claim that gluten is the cause of gut leakiness in everyone. Similarly, it is unlikely that gut leaking is the only reason for inflammation - though it might contribute. We can most definitely blame the inconsistent gut microbiome as the vigorous culprit, as per a published report mentioned in the references as well.

Should Everyone Avoid Gluten?

Now, we know two things evidently: gluten is highly problematic in celiac disease and people with gluten intolerance. Secondly, gluten is partially digested, and the rest is excreted as it is. No human can digest it completely.

According to Dr. Fasano's additional research, a protein in gluten named "gliadin" causes inflammation and is indigestible via the tight junctions of the intestines in everyone who consumes gluten products. The researchers used four strains of wheat, including the two of the hybrid strains, and introduced them to the same four groups of people to check their impact on the subjects.

The results showed that the genes for the intestinal permeability were activated in all the participants exposed to wheat. It also included the people who were neither gluten-intolerant nor had celiac disease. It means that there were signs of intestinal inflammation regardless if the patient was on the gluten spectrum or not.

This study was also mentioned by the leading gluten sensitivity doctor, Dr. Tom O'Bryan. He wrote about it in his highly anticipated book about autoimmunity.

Worth Of Gluten-Free Diet For Inflammation

You might find a gluten-free diet beneficial in controlling inflammation, but it isn't anti-inflammatory for everyone. So the answer to the question "does gluten cause inflammation for all?" is no.

However, any component in any food product might worsen the symptoms. It is akin to how people with dry fruit allergies can't have them, although dry fruits have many health benefits.

First things first, we need to understand the symptoms to rule out celiac disease by blood tests. Ask your doctor in this regard. On the other hand, it is not as easy to test non-celiac gluten sensitivity as diagnosing celiac disease. In his book about the Wheat zoomer test, Dr. Tom O'Bryan, a leading gluten sensitivity doctor in the world, suggests that the Wheat zoomer test evaluates any autoimmune responses triggered by gluten. It can even identify the leaky gut syndrome. There is more explosive research being conducted to explore the phenomenon further.

Till then, in case of a diagnosis of celiac disease or chronic inflammation, you must follow a strict healthy gluten-free diet to help increase fiber. Also, intake of phytochemical-rich plant foods will support your overall health and beneficial bacteria. Rest, a professional dietitian can always guide you to build a proper diet plan suitable for your condition.

To search for the best Gastroenterology healthcare providers in Germany, India, Malaysia, Spain, Thailand, Turkey, Ukraine, the UAE, the UK and The USA, please use the Mya Care Search engine.

To search for the best Gastroenterology doctors in Germany, India, Malaysia, Spain, Thailand, Turkey, Ukraine, the UAE, the UK and The USA, please use the Mya Care Search engine.

To search for the best Dietitian/Nutritionist in Croatia, Germany, India, Malaysia, Spain, Thailand, the UAE and The USA, please use the Mya Care search engine.

About the Author:
Sadia Asad is a certified Post Professional Doctor of Physiotherapy with hands on clinical experience. She has indulged herself into the field of medical freelancing focusing on content writing and research. It helps her gain more knowledge on new research in the medical field. She completed her graduation and post grad field studies from Pakistan