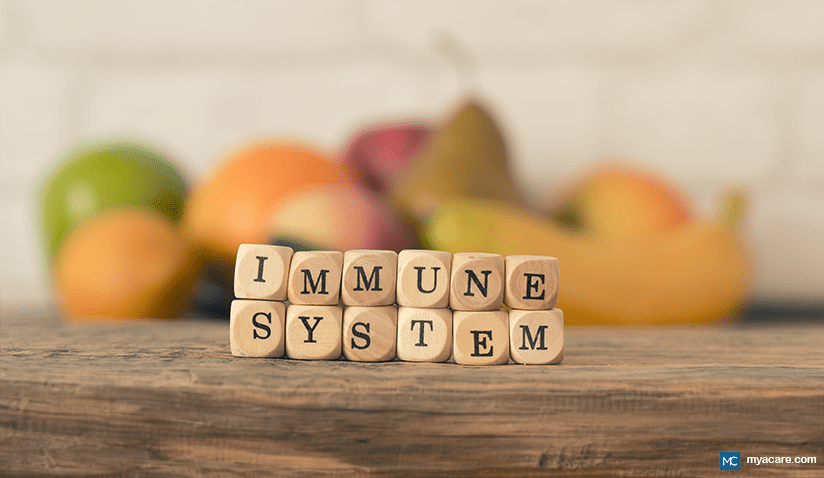 The immune system is one of the most sophisticated biological networks in the entire human body. In spite of decades of investigation, new insights are being discovered about immune function each and every day.

Understanding how the immune system works is an underestimated part of leading a healthy lifestyle and maintaining optimal well-being. The following introduction highlights the known components of a healthy immune system and how all the parts fit together at the cellular level to protect the body from illness.

The immune system strives to protect the body from any threat, including pathogens, toxins, and any other environmental stressors.

The functions of the immune system can be summed up as follows:

Threat Detection - Separating Self from Non-Self

Protection from the outer environment is absolutely essential or we would never recover from our first point of contact with the outer world, let alone anything else. In order to achieve this, the immune is supremely equipped at detecting threats.

Many do not realize that it’s the immune system that separates the body from the external environment. Without it, the body would not know the difference between itself and foreign matter. If the body were rendered immune-less, there is a high chance it would decay at a relatively rapid speed, returning back to the environment.

Once a threat has been detected, the immune quickly proceeds to understanding the nature of the threat and eradicating it.

Threats are typically contained and chemically broken down before being eliminated from the body. Each threat poses different challenges for the immune system to overcome, with some being easier to handle than others. After working at it, the immune is eventually successful and is able to store the winning strategy for next time.

Through continuous immune surveillance, all areas of the body are kept free of dangerous matter and safety is maintained at all times.

A healthy immune system preserves nearby cells by maintaining a balanced response to a threat. It also attempts to isolate the threat, keeping the overall damage to a minimum.

Nutrients help the immune to function optimally and maintain the balance between preservation and destruction.

During an immune cascade, supporting immune components work to conserve cellular nutrients and beneficial by-products. Nutrients form the base building blocks of many compounds that the immune system manufactures, as well as being used directly as defensive agents.

The immune system is more than just a security system – it’s also vital for cellular regeneration and the recovery of an organism.

Other lesser known, yet critical tasks performed by the immune system include healing wounds, removing a broad range of toxins from the body, cultivating healthy cell cultures (by destroying any faulty cells) and keeping unwarranted harm to a minimum. In this way, the immune system is important for new cell growth, regeneration and elimination.

Much emphasis is placed on either bolstering or suppressing the militant aspects of the immune system. However, without taking into account the regenerative side of immunity, it may as well be likened to a gun without a safety switch!

There Are Two Sides to the Immune System

The immune system is often divided into two main branches: the innate and adaptive immune systems. Each branch has macro and micro components that work in unison to protect the body. [1]

As the name suggests, innate immunity is the innate or in-built part of the immune system that is native to every organism from birth. The innate immune system is our first line of defense, acting first and throughout the entirety of every threatening situation. [2]

Each cell harbors its own innate immunity, being created with in-built safety mechanisms that help to keep trouble at bay. An example includes raising the temperature inside the cell in order to neutralize a pathogen, creating a fever in the process. Furthermore, the innate immune system is home to a few specialized white blood cells that patrol outside of the lymphatics system in all other bodily tissues. The skin and the gut microbiome are also a part of innate immunity, serving as frontline barriers of defense between body and environment.

Components of the Innate Immune System

Below is a discussion of the main innate immune system components in accordance with the four basic immune functions.

Cells are experts when it comes to sorting through all the microscopic particles they are exposed to every day.

The innate portion of the immune system allows for all cells, including immune cells, to pick up on abnormal activity in or around the cell. Once something abnormal is detected, the cell takes an action appropriate to the nature of the abnormality. If it closely resembles a previous threat on a molecular level, the cell will start to initiate mild prevention and preservation measures, such as raising the temperature and signaling to immune cells that there is a danger.

One of the first ports of call for preventing pathogenic invasion or some other threat is signaling the adaptive immune system. Here are some of the main ways that the innate immune system does this:

This part of innate immune function strives to keep the overall immune response stable and sustained. The cells, with their innate abilities, work together with specialized adaptive immune cells to keep inflammatory damage brief, contained and to a minimum. Here are three ways in which immune preservation is achieved:

The immune system is very much involved in the process of regeneration[16]. After receiving an immune offense such as a wound or an infection, the affected area is left vulnerable and needs to be restored to ensure the body remains protected. [17]

The following are ways in which the innate immune facilitates regeneration:

The gut, skin and lungs are the first points of contact that the body has with the external environment and as a result, they display the highest levels of immune activity on average.

To cope with the large assortment of foreign matter these sites are exposed to on a daily basis, the body has evolved to work symbiotically with beneficial microbes. Trillions of probiotic bacteria line the gut, skin and lungs, forming an innate “firewall” that blocks the intrusion of pathogens and other problematic particles. [20]

The gut microbiome is the most extensively researched out of all of these microbial ecosystems. Being home to the largest amount of bacteria in the body, it serves more complex functions than any other bodily microbiome, contributing heavily to all basic immune functions, cellular energy metabolism, and nutrient absorption. Here are some of the ways the gut microbiome forms part of the innate immune system:

Adaptive immunity is our second line of defense and tends to only get involved in the fray when activated by the innate immune system. This usually occurs only if the innate response failed to contain a threat the first time.[28]

Adaptive immunity is responsible for the creation and maturation of adaptive immune cells, surveying the body for threats via the lymphatics system and blood stream, learning from previous threats to enhance immune responses and obliterating any threats it comes across.

T and B lymphocytes make up the majority of cells that form part of the adaptive immune system, also known as T cells and B cells. The lymphatics system is also a part of our adaptive immunity, constituting of lymph glands, the thymus, spleen, and the appendix.

Components of the Adaptive Immune System

The below points describe the main aspects of adaptive immunity in line with base immune function.

All adaptive immune cells undergo different transformations in order to perform specialized protective functions. T cell and B cells start off as naïve cells and become effector cells upon immune activation. A small subset of effector T cells will live on indefinitely as memory T cells.

If the immune has never encountered the threat before, the naïve cells mature into effector cells that best match the scenario. More cells are produced and matured until a winning strategy is achieved and the threat is contained.

Humoral immunity revolves around the activity of B cells and antibody production:

The adaptive immune system preserves cells by isolating threats and sustaining swift immune activity. Here are a few ways in which it does this:

To learn more about the immune system and how it functions, talk to a doctor. To search for the best doctors and healthcare providers worldwide, please use the Mya Care search engine.