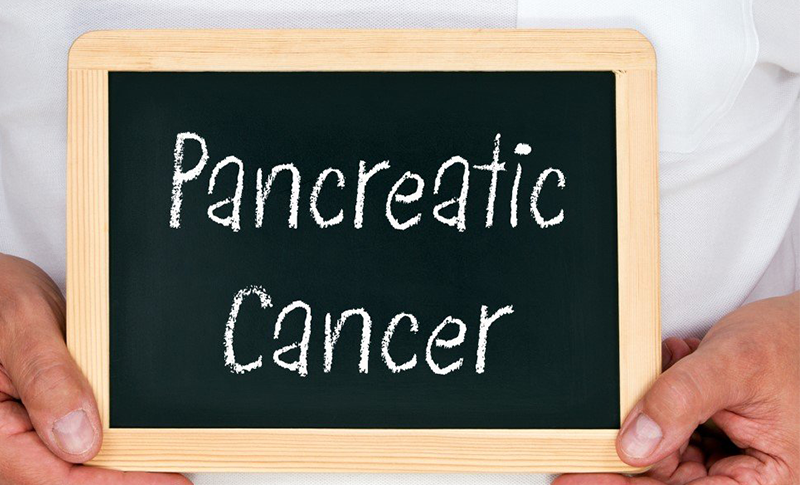 Pancreatic cancer is an uncommon, yet aggressive, type of cancer that affects the pancreas. The pancreas is an important endocrine organ located right behind your stomach that plays many roles in blood sugar control and digestion.

Pancreatic cancer arises when the normal cells in your pancreas start to divide uncontrollably, invading nearby organs and spreading to other parts of the body (metastasis). Cancer of the pancreas is the 11th most common cancer worldwide, and sadly, it is very hard to treat and is on its way to becoming the number two cause of cancer death.

Treatment of pancreatic cancer largely depends on the stage of the disease. It can include chemotherapy, radiotherapy, and surgery. RenovoRx, a US-based biotechnology company, has recently conducted studies to shed the light on the treatment and complications of locally advanced pancreatic cancer. One of the issues with treating cancers like pancreatic cancer is the lack of dedicated blood vessels that feed the tumors (tumor feeders) which in turn decreases the ability of systemic chemotherapy to reach the tumors.

RenovoRx has developed a new therapy platform called “Trans-Arterial Micro-Perfusion” (RenovoTAMP) to overcome this barrier to clinical success. The RenovoTAMP therapy utilizes their catheter-based device called RenovoCath which has been cleared by the FDA. It delivers Gemcitabine (a well-profiled anti-cancer drug) through isolated segments of the blood vessels next to the tumor to overcome the barriers described earlier. A catheter is a long, thin tube made of a soft material.

RenovoCath contains two balloons attached to the catheter. The balloons allow the drug to be delivered to specific cancer tissues in the pancreas without overflow to other organs. A doctor inserts the catheter into one of the arteries in the thigh.

What is locally advanced pancreatic cancer?

Locally advanced pancreatic cancer (or LAPC) is a term used by oncologists and onco-surgeons to describe pancreatic cancer that has grown past the point of being surgically removable but has not spread to distant organs or lymph nodes (metastasis). These tumors are usually localized to the pancreas and can grow into the surrounding tissue, such as lymph nodes and blood vessels. This usually refers to stages 1, 2, and 3 of the disease.

Several studies have been conducted previously to see how effective these regimens are in making locally advanced pancreatic cancer resectable by surgery. Shrinking tumors to the same level of that can be achieved by resection is very uncommon (approximately 10-20% of cases), More commonly, chemotherapy for this population is used to extend survival for as long as possible.

See the next section for up-to-date insights on the effectiveness of these regimens.

Radiation therapy is sometimes combined with chemotherapy in locally advanced pancreatic cancer to shrink the tumor and make it resectable. Radiotherapy shoots X-ray beams directly at the tumor to destroy the cancer cells.

After chemotherapy and radiotherapy successfully shrink the tumor to a resectable stage, surgical removal of the tumor is attempted. The choice of surgery depends on the location of the tumor and the extension of invasion. The surgeon will attempt to remove all of the visible cancer cells during your surgery.

Studies have shown that when such a treatment protocol is successfully attempted, patients can survive for up to 30-35 months, which is a reasonable improvement considering how aggressive pancreatic cancer is. However, this is rare. Life expectancy is usually under 2 years with current treatment modalities, unless the patient is in the small percentage that can actually get surgery.

RenovoRx’s large phase III “TIGeR-PaC” clinical trial is currently underway to further test the safety and efficacy of local delivery of gemcitabine. Researchers recently reported that they were able to extract some valuable data on locally advanced pancreatic cancer while the study is still ongoing:

After the regimen was finished, the cancer became resectable in 5 patients (10%) out of the 50 enrolled. However, since many of the patients were older than average, further analysis showed that in those aged less than 65 years (22 patients), Gem-Nab made the cancer resectable in 4 (18.2%).

A similar study published in 2020 had shown that the Gem-Neb regimen was effective in making locally advanced pancreatic cancer effective in 15% of patients. The results are very close to those reported from the TIGeR-PaC study. Moreover, another similar study done on patients who received FOLFIRINOX showed that this regimen made the cancer resectable in 25.6% of the patients.

Authors of the TIGeR-PaC study concluded that both FOLFIRINOX and Gem-Nab have similar effectiveness in making locally advanced pancreatic cancer surgically resectable.

One of the downsides of chemotherapy is that it increases the risk of sepsis - which is when bacteria enter your bloodstream and cause an exaggerated and damaging immune response. Sepsis is a serious condition that requires urgent attention, and can many times be fatal. Researchers have theorized that having a biliary stent might increase the risk of sepsis in patients receiving chemotherapy.

Biliary stents are frequently implanted in patients with pancreatic cancer. When the tumor grows it might compress your bile duct and obstruct it. The bile duct is a soft duct coming out of your liver to transport bile, an important fluid that aids indigestion.

To see if biliary stents indeed increase the risk of sepsis in these patients, an analysis was done on 78 patients from RenovoRx’s phase III TIGeR-PaC clinical trial. The 78 patients were all receiving standard intravenous chemotherapy (Gem-Nab), and exactly half of them had biliary stents (39 patients).

Out of the 39 patients with biliary stents, a total of 9 developed sepsis. This is much higher than the rate observed in those without a stent, where only 2 cases of sepsis were reported. Further analysis found that this increased rate of sepsis was not related to age, gender, nor several other biological and physical characteristics of the patients.

This has led the researchers to conclude that biliary stents are an important risk factor for developing sepsis in patients who are taking standard intravenous chemotherapy for pancreatic cancer.

What is the outlook for pancreatic cancer patients?

Nevertheless, the mortality rate of pancreatic cancer has been declining in recent years. New drug regimens and new technological advances like those by RenovoRx’s RenovoTAMP therapy give patients with pancreatic cancer more hope in the future.

To search for the best Oncology healthcare providers in Germany, India, Malaysia, Singapore, Spain, Thailand, Turkey, Ukraine, the UAE, the UK and the USA, please use the Mya Care search engine.