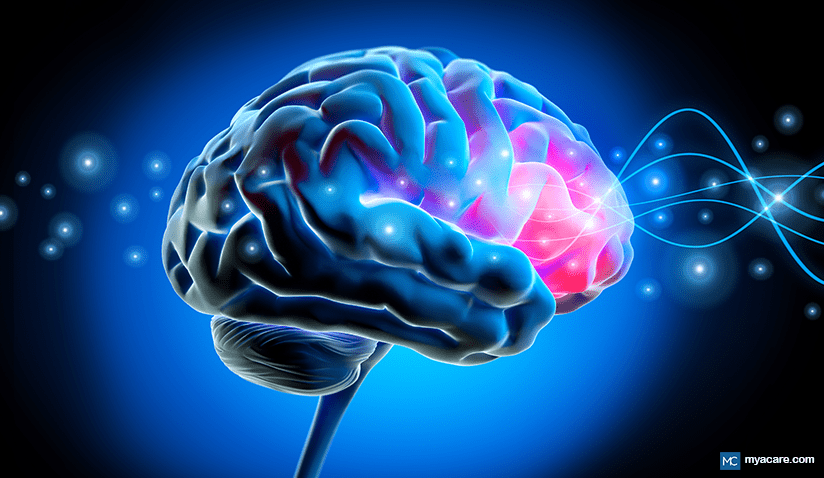 Severe cases of brain injury or damage can lead to states of impaired consciousness. Disorders of consciousness (DoC), such as a vegetative or minimally conscious state, are classified based on extensive testing, including behavioral factors, such as purposeful behaviors or merely reflexes. Electrophysiological and neuroimaging data are also utilized in diagnosing DoC. Consciousness disorders have several possible causes. One of the primary causes of disability and fatalities worldwide is traumatic brain injury (TBI). Each year, over 5 million people suffer from severe TBI. Traumatic brain injuries can lead to disorders of consciousness such as coma, persistent vegetative state, or minimally conscious state. Besides TBI, other conditions that cause severe brain damage resulting in disorders of consciousness include stroke, hypoxia, and inflammatory CNS disease, to name a few. Recently, electromagnetic stimulation targeting neural circuits has been developing in treating DoC.

Non-invasive brain stimulation (NIBS) is a pain-free and safe technique to improve arousal and alertness in patients with disorders of consciousness. Early awakening from states of unconsciousness can protect patients from disability and death after brain injury.

The top neurological rehabilitation centers specialize in tDCS, TMS, and other non-invasive brain stimulation treatments that can help patients recover from brain injuries without invasive surgery.

What Is Non-invasive Brain Stimulation (NIBS)?

Non-invasive brain stimulation (NIBS) is a set of techniques that modulate brain activity in coma patients and those with other disorders of consciousness caused by brain damage or injury.

During non-invasive brain stimulation, a specific brain region is targeted to modify or stimulate nerve impulses. The stimulation is applied non-invasively either via electrodes placed on the scalp, a magnetic field applied to the head, or pharmaceutical agents.

NIBS treatment is safe, painless, has minimal side effects, and can be done using pharmacological, electrical, or magnetic stimulation. There is no requirement for surgery or drilling holes in the skull.

How Does Non-invasive Brain Stimulation Work?

What is tDCS therapy?

During tDCS therapy, two small electrodes are placed on the head and held in position using a rubber headband. A weak electrical direct current passes between the two electrodes and electrically stimulates the brain.

What is TMS therapy?

During TMS therapy, a magnetic coil is held over your scalp. The coil generates a magnetic field that passes through your hair, skin, and skull and produces an electric current that stimulates the brain.

What Are the Benefits Of NIBS?

Non-invasive brain stimulation provides a way to induce electric currents in the brain without requiring invasive surgery. NIBS is becoming more widely used due to the following reasons:

Why is early awakening critical in patients with DoC?

Early awakening plays a vital role in making up for damaged brain functions in patients with disorders of consciousness (DoC).

Studies show that most patients with late recovery of consciousness will remain fully or partially dependent on others for daily activities. The sooner a patient regains consciousness, the better their recovery – they are less likely to suffer from disability or death after a brain injury.

Therefore, non-invasive brain stimulation can reduce the disability and mortality rates in patients with brain injury by promoting early awakening from unconscious states.

How does NIBS help earlier awakening in patients with DoC?

Scientists have shown that transcranial electrical stimulation (tDCS) can regulate brain function and help with early awakening by the following mechanisms:

Through these mechanisms, tDCS can improve disturbances in consciousness and promote early awakening and recovery in patients after TBI, stroke, or other brain injuries.

Transcranial direct current stimulation (tDCS) can target different brain pathways, including the ones responsible for awareness and movement. It is safe, cost-effective, and has minimal and temporary side effects.

NIBS is especially recommended for patients in Coma, in Minimally Conscious State (MCS), and with Unresponsive Wakefulness Syndrome. Several studies and clinical trials have shown the effectiveness of non-invasive tDCS in improving recovery and clinical outcomes in patients with disorders of consciousness.

In one study, patients with neurological damage received 24 sessions of tDCS combined with physical therapy over six months after a stroke or TBI. After treatment, all patients had improved clinical scores (UE Fugl-Meyer, Box and Block, Purdue Pegboard, Stroke Impact Scale).

The patients showed improvement in movement and reflexes in the upper extremities, such as moving blocks with their hands and picking up pins one at a time. These improvements were sustained even 6 months after treatment.

In another study, patients with severe disease of consciousness after post-anoxic or traumatic brain injury received non-invasive tDCS. The treatment boosted brain connectivity and excitability in all patients in a minimally conscious state (MCS).

Patients with neurological conditions causing consciousness issues may benefit from non-invasive brain stimulation (NIBS). It is a safe and painless procedure that can improve the quality of life. It shows promise in restoring functions by stimulating the damaged brain areas and helping unconscious patients regain awareness and cognitive functions. This helps them recover faster and decreases their risk of disability and death after brain injury.

If you have a loved one who has suffered a brain injury or is currently in a comatose state, it can feel like a roller coaster ride and prove to be emotionally and financially taxing. It is essential that your care team provides long-term support for you and your family through the entire healing and recovery process. Access to advanced and specialized expertise in neurorehabilitation can be vital in this regard.

As pioneers in Neurological Rehabilitation since 1950, Kliniken Schmieder has set new medical standards utilizing the latest therapeutic innovations in areas such as physiotherapy, occupational therapy, recreational therapy, and new feedback-guided devices for the upper extremities. The group specializes in comprehensive Neurological Rehabilitation, starting with managing acute neurological illnesses, such as epilepsy and encephalitis, Early Rehabilitation of patients recovering from traumatic brain injury or stroke to Post-Primary Rehabilitation. Depending on the patient's condition, recovering basic functions, achieving independence in activities of daily living, or relearning to swallow or speak are some of the program's goals. Annually, over 14,000 patients from across the world, in all stages of acute and rehabilitative recovery, benefit from their expertise in neuro rehab. Currently, Kliniken Schmieder operates a network of six cohesive clinics across Germany, which have earned global recognition as Centers of Excellence in Neurorehabilitation.