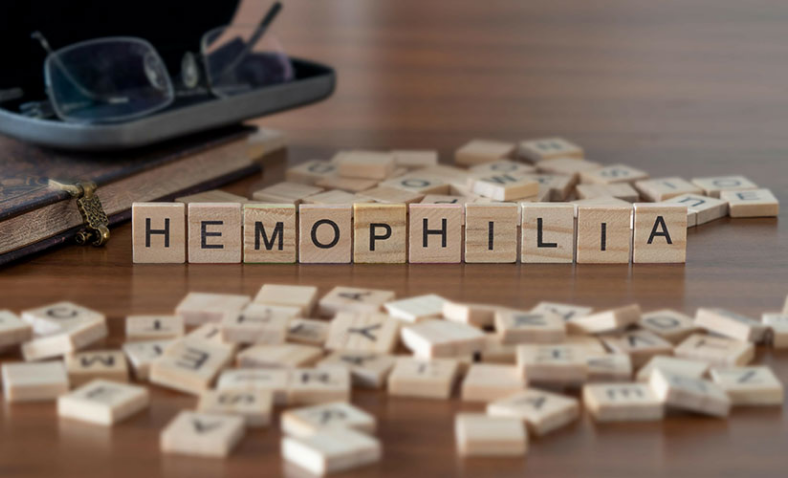 1 out of every 5,000 males is born with Hemophilia A. Every year, around 400 babies are born with this inherited bleeding disorder.

People with hemophilia A have a mutation in the gene responsible for producing factor VIII, a protein that stops bleeding by helping the blood form clots.

BioMarin’s new gene therapy for hemophilia A, Roctavian, delivers a functional factor VIII gene to the body to help it produce the clotting factor by itself. Consequently, patients with severe hemophilia A will no longer need continuous infusions to prevent future bleeding episodes.

Read on to learn more about the new hemophilia A gene therapy in 2022 Roctavian, how it works, the evidence supporting it, and its approval status.

Hemophilia is a rare bleeding disorder in which the blood doesn’t clot normally. In most cases, hemophilia is inherited, passed on through the genes, and mainly affects only men.

When a person’s blood doesn’t clot properly, they can bleed extensively from a cut or a wound (external bleeding) or on the inside of the body (internal bleeding).

Hemophilia affects men almost always. However, in rare cases, women can develop hemophilia after childbirth or during the late stages of pregnancy.

Hemophilia can lead to the following complications:

The two types of inherited hemophilia are:

Common hemophilia signs and symptoms include:

What Causes Hemophilia A?

Hemophilia A is the result of a mutation in the clotting factor VIII gene.

Inherited hemophilia happens because of mutations (changes) in the genes of clotting factor proteins.

When you’re bleeding, the clotting factor proteins in your body form clots to stop the bleeding. If there’s a mutation in the genes responsible for making these proteins, the coagulation factors that control the bleeding either aren’t produced or don’t work well.

In the case of hemophilia type A, the mutation happens in the gene of coagulation factor VIII.

How Is Hemophilia Usually Treated?

The available hemophilia A treatments replace the deficient blood clotting factors to restore the body’s ability to form clots and stop bleeding. That is called factor replacement therapy.

The treatments for hemophilia A involve injecting (infusing) hemophilia patients with coagulation factor concentrates. These concentrates are prepared at a lab to compensate for the deficiency in clotting factors in patients.

Patients with hemophilia A receive concentrated factor VIII protein infusions into their bloodstream.

People with mild hemophilia A only need to receive infusions before surgery or after an injury to replace the missing clotting factors and help their blood clot.

People with severe hemophilia A need to perform these infusions regularly as a prophylactic measure to prevent bleeding episodes.

These infusions provide a short-term solution for the lack of efficient coagulation factors. Nonetheless, they do not correct the root of the problem, which is the mutation in the genes of these factors.

What Is Hemophilia A Gene Therapy?

Hemophilia A gene therapy is a novel medical approach that treats the bleeding disorder by fixing the underlying genetic problem which causes this disease. It delivers the missing genes to the body via a gene therapy product.

This new therapy is for adults with severe hemophilia A who don’t have factor VIII inhibitors or adeno-associated virus serotype 5 (AAV5) antibodies, both of which can decrease the drug’s effectiveness.

How Does Roctavian Hemophilia A Gene Therapy Work?

In BioMarin’s new hemophilia A therapy, the gene therapy product is valoctocogene roxaparvovec, the active ingredient of Roctavian.

Valoctocogene roxaparvovec is a modified adeno-associated virus serotype 5 (AAV 5). This virus contains the gene of the missing clotting factor VIII and is modified to safely enter the human body without causing disease or illness.

Once injected, the viral vector delivers the coagulation factor VIII gene to the liver cells allowing them to produce the missing factor VIII. Consequently, the body can produce sufficient clotting factor protein, which reduces or prevents bleeding episodes.

What’s The Difference Between Roctavian And Other Hemophilia A Treatments?

Alternatively, the new hemophilia A gene therapy delivers the gene of coagulation factor VIII instead of the protein, which allows the body to produce the missing clotting factor by itself.

Consequently, a single infusion of Roctavian can last a person longer than an infusion of factor VIII protein concentrate.

During a phase-3 study, researchers evaluated the safety and efficacy of Roctavian gene therapy in 134 adult males with severe hemophilia A.

A single infusion of valoctocogene roxaparvovec decreased bleeding in hemophilia type A patients by 83.8% after four weeks.

Moreover, the patients’ need for factor VIII concentrate infusions decreased by 98.6%. That indicates that the livers of patients with hemophilia A could produce clotting factor VIII after Roctavian treatment.

This effect lasted for at least two years in almost all the patients.

Therefore, a Roctavian (valoctocogene roxaparvovec) treatment can significantly reduce bleeding and prevent future bleeding episodes in hemophilia A patients for a prolonged time.

85.8% of patients had elevated alanine aminotransferase levels (a liver enzyme) after treatment with Roctavian. That was the most common side effect of hemophilia A gene therapy.

The increase in this liver enzyme indicates hepatotoxicity (liver damage). However, this condition was successfully treated by immunosuppressants such as corticosteroids.

Other side effects of Roctavian included:

The Approval Status Of Roctavian

This approval came after the European drug regulators found that the benefits of Roctavian (valoctocogene roxaparvovec) outweighed its possible risks in hemophilia A patients.

In October 2022, the Food and Drug Administration (FDA) accepted BioMarin’s Biologics License Application (BLA) for Roctavian (valoctocogene roxaparvovec). The drug is a new investigational AAV gene therapy for adults with severe hemophilia A.

The drug makers expect the FDA’s decision regarding Roctavian by March 2023. Gaining FDA approval would make Roctavian the first gene therapy for treating adults with severe hemophilia A in the US.

These approvals come as positive progress in the journey of BioMarin’s hemophilia type A gene therapy which was turned down by the FDA and the EMA back in 2020 for lack of sufficient data.

Despite Roctavian’s recent progress, patients treated with this new hemophilia gene therapy will be monitored for the next 15 years to determine the long-term efficacy and safety of the drug.