ELECTROMAGNETIC FIELDS AND HEALTH PT.1: HOW THE UNSEEN AFFECTS OUR CELLS 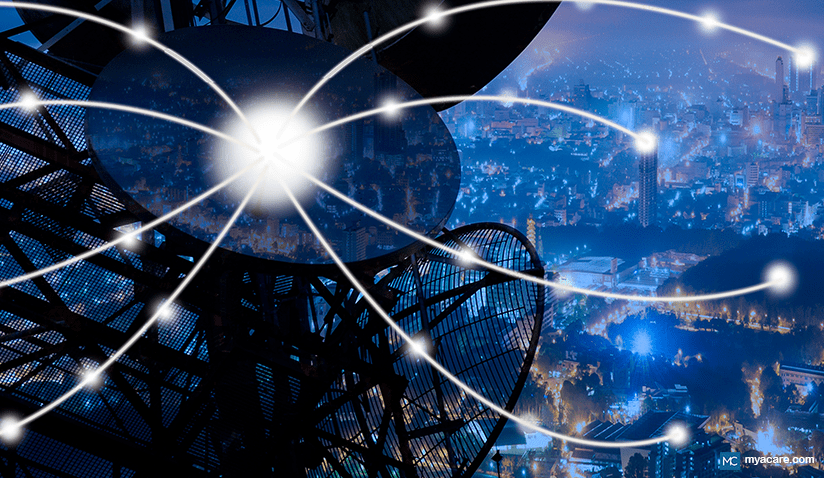 When thinking about the world we live in, we mostly refer to the physically tangible universe before us. In truth, this only accounts for a small fraction of the reality as a whole. What we can physically access lies within a small band of the electromagnetic (EM) spectrum that is interpreted by the body to produce our shared experience of the world.

Over the last century or so, scientists have managed to create advanced technology that works through generating EM fields (EMFs) from some of the unseen frequencies in the EM spectrum. While this has dramatically improved our standards of living, the effects of EMF on health have not been fully mapped out. As EMF may elicit beneficial, adverse or neutral effects in living cells, it is important to know the limitations of this technology that we have come to depend upon daily.

The following article series attempts to review what is known of EMF in the context of health, discussing some of the most common exposures and their impact on well-being.

This article covers Part 1 of this review, which briefly introduces EMF and explains its importance in our lives and how it impacts our body. General health effects of EMF are also discussed in light of their potential underlying mechanisms.

What is EMF and Why is it Important?

EMF stands for electromagnetic field and refers to any form of radiation within the electro-magnetic frequency spectrum. This includes wavelengths such as radio waves, microwaves, x-rays, and light.

Voltage Produces an EMF. Magnetism is generated as a result of voltage[1], also known as the movement of electrons over a potential difference in an electrical current. This collectively produces an EMF. Despite many years of dedicated research, this process is still not entirely understood.

EMFs are Everywhere. EMFs are not only man-made phenomena and can be seen wherever there are moving particles with a charge. This constitutes a large portion (if not all) of the known universe. Every atom is technically able to generate a minute EMF due to the movement of electrons around the atom’s nucleus.

Well-known EMFs include those generated by the Sun (e.g. cosmic radiation, solar flares, light), Earth (e.g. Earth’s magnetic field, lightning and thunder), and telecommunications equipment (e.g. cellphone networks, WiFi, radio, etc). In recent decades, it has come to light that every living cell generates an EMF due to the constant movement of charged particles in and around the cell. This, therefore, extends to all living organisms on the planet. Some animals are thought to make sense of environmental EMF fluctuations for navigation, such as bees, fish and migratory birds.

Human Health and EMFs. The human body also has an EMF of its own, with neurons perhaps generating EMFs with the highest magnitudes[2]. It is not known whether the body’s EMF has an influence on the environment in turn. Current data reveals that our bodies respond to electromagnetic fluctuations in the environment, yet the effects of such interactions and the degree to which we are susceptible are still being investigated.

In the modern digital era, everyone on the planet is being permeated with a much higher degree of electromagnetic radiation than ever seen before. As the cells in our bodies make use of electrical potentials to function, EMFs have been receiving more scientific attention over the last couple of decades with regard to their effects on health.

Role of EMFs in Cellular Function

While neurons are perhaps the most famous of our cells for conducting electricity, electrical currents are present throughout all cell types as a core component of cellular function. The movement of charged ions occurs across cell membranes as well as the membranes of internal structures, such as the mitochondria. In this way, cellular EMF is generated.

Cellular EMF is present at extremely low frequencies typically under 60Hz, and falls into the category of extremely low intensity EMF. External EMF as low as 1Hz can alter the bio-electrical currents of cells, yet how it does and to what degree depends on the EMF source. EMF-based devices are also used to assess the movement and amplitude of electrical currents in the body, as well as to beneficially improve cellular performance.

4 main functions of cellular electricity include:

EMF can be classified under the following categories[8]:

As a form of radiation, EMF is measured in wavelengths and frequency, in Hertz.

EMF is divided into different brackets in accordance with the frequency strength, which typically covers a variety of intensities ranging from extremely low to extremely high.

Wavelength Type. EMF wavelengths are present in a variety of forms, with each type having a unique oscillation shape. While square, triangular and other waveforms exist, the two most frequently encountered ones are sinusoidal (continuous) and pulsed (non-continuous) waves. Artificial EMF mainly consists of pulsed EMF, whereas natural EMF comprises both types. With regard to continuous exposure to low frequency EMF, sinusoidal wavelengths have been shown to evoke weaker effects due to cellular adaptation over several hours. Pulsed EMFs at the same intensities proved to have a stronger effect, theoretically due to the way in which they interfere with the cells inherent electrical pulses.

Regardless of the source, EMF of all kinds can induce the following adverse effects:

Beneficial Biological EMF Range. Despite negative health effects, EMF ranges that overlap with the frequencies at which our cells operate may be beneficial for our health. This is highlighted in preliminary studies. EMF between 6-25 Hz was shown to inhibit the growth of three cancer cell lines while not affecting normal cell growth.[16] Cancer cells exposed to this frequency range suffered from excessive calcium uptake and cell death, which did not occur in ordinary cells.

Most of the major effects induced by both artificial and natural EMF sources are related to the way in which EMF affects the bio-electricity of the cell. On the surface of all cells reside thousands of receptors that allow particles to enter or leave, in response to various stimuli. All cell membranes contain voltage-gated ion receptors, which mediate the flow of bio-electricity in and out of the cell in the form of charged ions. This movement is governed by electrolytes, of which calcium (Ca2+) is the most predominant.

EMF at all frequency bands (whether natural, man-made, ionizing or non-ionizing) has been shown to modulate the action of calcium channel receptors, increasing the movement of charged calcium and therefore voltage into the cell. In experimental studies, increases in intracellular calcium have been indirectly linked with other deleterious effects induced by EMF (as discussed throughout this review). These include[18] [19]:

More research is required before these findings can be fully confirmed and to what degree EMF affects the ionic-electric currents moving in and out of cells. The current data available on EMF at different bands suggests that there are note-worthy differences between the types of EMF, the effects of which are discussed in part 2 of this article series.

This article series is to be continued in part 2.