ELECTROMAGNETIC FIELDS AND HEALTH PT.3: HOW THE UNSEEN AFFECTS OUR CELLS 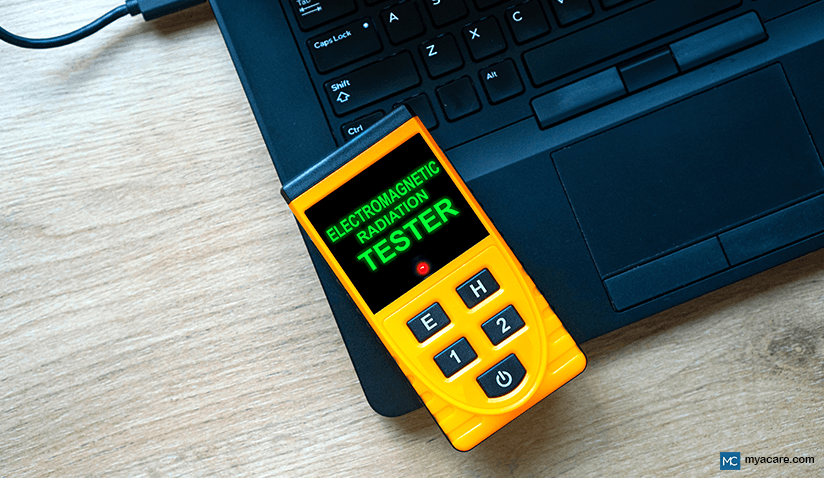 This article covers Part 3 of this review, which reviews the effects of everyday man-made EMF exposures in the context of health. Effects of EMF at the lowest end of the spectrum are discussed in this section, covering a broad range of common exposures from lightbulbs to induction cookers.

By contrast to natural EMF, man-made EMF is a relatively new phenomenon to affect the planet with the mass introduction of electricity, electrical devices and telecommunication technologies.

Collective Exposure Effects are Unknown. While exposure to any given source is typically very small, most people are exposed to several types of man-made EMF on a daily basis. The collective effects of these exposures are still largely unknown and prove difficult to predict. The below review attempts to summarize the health effects of exposure to EMF-emitting technology, studying the specific impacts of each.

Daily Exposure is Generally Low-Grade. It is important to note that the below results highlight potential effects of these technologies at heightened intensities and that these findings should not be applied out of context. In reality, exposure occurs in small quantities to various tissues, which, while susceptible, are also working towards renewal and maintaining stability.

Extremely low intensity EMF falls within and exceeds the natural biological frequency range of our cells and that of the environment. Results show that extremely low intensity EMF can impact biological systems and organisms in both positive and negative ways. Some studies suggest that these very low frequencies may pose more potent non-thermal effects than that of higher levels of radiation, due to their semblance to the frequencies that pervade the body.

Nevertheless, reports generally reveal little to no effects with regard to short-term exposures and no distinct conclusions have been drawn with regard to long-term exposure. The below section summarizes currently known evidence on the potential negative effects of extremely low intensity EMF exposures at varying intensities.

The electrical circuits inside homes, buildings and most electronic devices all emit extremely low-intensity EMFs in the following ranges:

Preliminary evidence suggests that long-term exposure may promote symptoms in the following areas:

Benefits to Very Low Intensity EMF. Some types of extremely low to low frequency ranges at various intensities have been shown to improve health outcomes. Low level medical lasers, ultrasound devices and other similar devices have been successfully deployed to reduce pain, inflammation and abhorrent growth of tissues for the management of chronic symptoms. Under experimental conditions, EMF emitted in the range of 50-60Hz was shown to damage DNA in various cancer cell lines and inhibit the growth of E. Coli bacteria[9].

Proximity to these devices substantially enhances their exposure effects. For small appliances, the field strength drops to negligible levels a few centimeters away to a few meters away. For high-voltage power lines, substations and transformers that emit higher levels of EMF, a distance of more than 100m sees a substantial drop in field strength.

Electricity Usage. The field strength of EMF emitted by power grids and devices is amplified proportionally to their use. It was observed that exposure to EMF increases in Wintertime across Europe due to increased use of electricity, by comparison to Summer.[10]

Results examining health effects for this EMF range are mixed, with most studies reporting no adverse effects.[11] Negative effects have been generally associated with specific devices emitting EMF in this range, as discussed below.

Most reports concerning energy saving light bulbs report no adverse effects, however, a few small studies have shed light on the following:

Distance Reduces Intensity. Measurements taken directly from the light source typically reach between 10 and 55% of the thermal safety exposure limit to low intensity EMF in this band, while at a distance of 20 cm away from the source, the reading drops in intensity, reaching 2-10% of the exposure limit.

Warm vs Cool Lighting. Many sources of artificial light emit white or blue light at the “cold” end of the light spectrum. These are often associated with negative effects on health. Several studies on office workers reveal that these light sources can increase symptoms of fatigue related to overworking and detract from memory recall. Lights too warm in color (red light) have been equally associated with lowering attention span, despite being associated with better health outcomes. Neutral light in the center of the spectrum most closely mimics natural lighting and has been proven to be optimal for office workers.[16]

Distance Reduces Intensity. The field strength is known to drop substantially with distance. It is advisable to place as much distance as possible between oneself and a monitor screen when in use in order to reduce the potential adverse impact of EMF.[22]

LCD EMF vs Artificial Light. EMF emitted from LCD monitors should not be confused with the light source itself, which has different effects on the body (particularly the eyes). While limiting exposure to artificial (blue) light at night can help to improve circadian signaling and sleep quality[23], it is a separate call to make with regard to the health effects of these devices.[24]

Cathode ray/ tube television screens fall into a different category of monitor and emit much larger levels of EMF, roughly from 2 to 400kHz. The effects of these screens are known to be more harmful than LCD monitors. The effects of cathode TVs are not discussed in this article, however, if you own one, it is advisable to trade it for a current television model for enhanced visual quality and health.

In terms of EMF output, computers can be divided into two parts: the monitor and the base where the main hardware is stored. The hardware base of the computer generates an additional EMF to the monitor (discussed above). While desktop computers contain similar components to laptops, more data is available on laptop computers, as seen below.

Health Problems Associated with Laptops. As laptops are more compact, they give off more heat and are often stationed in close proximity to the hands and lap. Laptops are known to pose extra health concerns in comparison to desktops. If used on the lap and not on a table, laptops may promote heat in the reproductive tract[26] (a risk factor for infertility), bad posture, vision fatigue, back pain and elevated musculoskeletal disease risk[27]. These effects can be amplified if the power supply is in close proximity with the user. [28] Concerns have also been raised in the case of pregnancy, as low intensity EMF may be capable of increasing abortion risk. Hence, laptops ought to be renamed in order to discourage their use on laps or near the body.

Computer Shields Lower Exposure. People who work on computers have been documented to suffer from electromagnetic hypersensitivity, which is known to include symptoms pertaining to many of the effects listed in this article. In a long-term study, symptoms of EMF sensitivity in people working on computers were reduced by making use of computer shields, either for the screen or the whole laptop. Those who used these shielding devices for 1-7 years experienced no symptoms, while those who used them for 2-3 months were shown to only suffer mild effects.[29]

Computer shielding devices are available commercially for all parts of the computer or laptop. It is important to note that some shielding devices can store the charge and become more of a health hazard in the long run. It is advisable to opt for devices that are able to discharge after or during use. This is usually achieved through a grounding connection away from the device.

Induction stoves and cooktops heat food by creating a magnetic field that efficiently produces heat by generating an electrical current. They are known to emit EMF within the range of 20-90kHz while active, and constitute the bulk of household exposure to the intermediate frequency spectrum[30]. The magnetic field strength of induction stoves is typically capped at 27.5uT for safety.

Induction Technology is Generally Safe. Most studies evaluating the health effects of such devices point to the fact that they are relatively safe to use under most circumstances. The EMF generated by an active hot plate is largely blocked by the pot or pan placed on top, yet may pose effects when in close proximity to the handler. If a smaller-sized utensil is used to cook food on a larger hob, some of the EMF can leak and potentially promote subtle health effects[31].

Pregnant Women, Children and the Elderly May Be at Risk. The main adverse effects reported in literature with regard to induction cooking tops would be interference with cardiac implants[32], potential brain developmental problems in children[33] and a mild increase in the risk for fetal abnormalities in pregnant women who are exposed for long hours[34]. Human studies testing these devices are limited and show mixed results.

Potential Adverse Effects Reported in Animal Studies. In the magnetic range of induction stoves, intermediate EMF at 20kHz has been shown to promote the following mild effects in a small number of experimental animal studies[35]:

Electronic article surveillance (EAS) systems refer to the security scanners stationed at the entrances to stores and some public buildings like libraries, and at airports. They make use of EMF to scan passersby and to ensure that nothing has been stolen or that the person is not carrying any potentially dangerous materials. The antennas (scanners) installed at entrances typically send out EMF or MF signals which will interact with any nearby tags or specialized labels (receiving devices). If the tags are not disabled prior to leaving through the antennas, the alarm will sound.

EAS System Types and Wavelengths. There are a number of different systems in use, each of which make use of EMF at different frequencies (e.g. magnetism, low intensity EMF, radiofrequency and microwave systems). These commonly range between 58kHz and 8.2MHz.

Radiative Capacity of EAS Systems. A study conducted on Japanese libraries reveals that EAS systems can extend their reach into the room they are stationed in or near.[36] A handful of results indicate that the level of EMF cashiers are exposed to is higher than the recommended safety standards for radiofrequency-based systems.[37] The evidence pertaining to the health effects of these systems is limited.

Medical Device Interference. While there is limited data on the exposure effects of this form of EMF, medical devices such as pacemakers, implanted defibrillators and hearing aids may be susceptible to interference from EAS systems[38] [39]. There have been a few reports of those with cardiac implants who suffered electric shocks and arrhythmia as a result of EAS systems.

This article series is to be continued in part 4.