GENDER DIFFERENCES IN CARDIOVASCULAR DISEASE AND THE AGING HEART 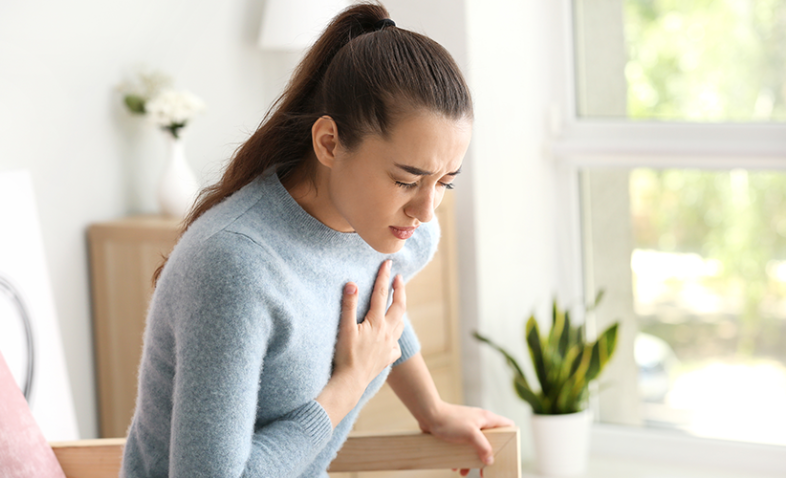 Cardiovascular diseases are one of the leading causes for mortality for everyone. However, global trends have revealed that heart disease manifests quite differently in men and women, highlighting the need for gender-specific treatment and prevention.

Scientific enquiry into the way heart disease expresses amongst the genders is a relatively new field and there is still much remaining to be explored, as is summarized below.

What is Cardiovascular Disease (CVD)?

There are many types of cardiovascular diseases and other conditions that affect the heart which have been reduced down to the simple term ‘heart disease’ in the public sphere. At its root, heart diseases can be described as various forms of atherosclerosis; a malfunction of blood vessels which leads to lesser blood flow, low bodily oxygenation, deteriorating blood vessels and decreased heart function.

Atherosclerosis can be caused by any number of factors, such as triglyceride and high LDL cholesterol levels (relative to HDL cholesterol), impaired fat metabolism, faulty immune activity and/or chronic inflammation, electrolyte disturbances, a lack of exercise and more.

Common risk factors that predispose one to acquiring a cardiovascular disease include the following :

Is CVD Risk Greater in Men or Women?

Recent research has highlighted that biological gender may also predispose either men or women to a higher risk at different times of their lives. Furthermore, certain combinations of the above risk factors can be worse off for one gender than the other. One study for instance reveals how diabetic women are at a higher risk for contracting CVD when smoking 20 cigarettes daily, compared to diabetic men with the same habit.

The main denominators would be hormones and lifestyle habits, as discussed below.

Cardiovascular Disease in Men and Women

The differences biologically between men and women in terms of heart disease risk generally pertain to sex hormones and their influence on biological processes.

In terms of aging and the way risk factors are experienced by the body, hormones certainly alter immune function, bodily regeneration and metabolism; all of which have an effect on the development of the aging or diseased heart. As a result, men and women tend to contract differing types of CVD.

In general, testosterone is higher in men than in women, until the aging process reduces hormone levels in both to being equally low. Testosterone promotes increased metabolism and the growth of smooth muscle and bone tissue. When in healthy ratios, this translates to less risk factors that predispose men to cardiovascular dysfunction, such as overactive smooth muscle repair leading to fibrosis or bone minerals (calcium) moving the wrong way.

Testosterone encourages increased metabolism, which favors higher energy output, more physical activity and the need to consume foods with higher energy components, such as fats. Increased fat intake and increased inflammation can eventually lead to oxidized fat in the bloodstream when coupled with unhealthy lifestyle choices (e.g. smoking, a lack of fruit and veg to balance out a fatty diet) and/or the natural aging process (sedentary lifestyle, stress accumulation over a lifetime, etc).

However, it has become obvious that this is not the full picture, as testosterone itself appears to protect against the increased metabolic consequences of its actions. Most CVD’s in men are contrarily associated with low testosterone levels, higher estrogen and/or higher DHT relative to testosterone (dihydrotestosterone is a very potent form of testosterone that acts very differently in the body to normal testosterone). As a man ages, testosterone declines, causing DHT and/or estrogen (especially estradiol) to dominate progressively more as time wears on and apparently increasing the biological risk of acquiring a CVD.

Men tend to experience CVD onset about 10 years prior to females due to the way in which the female form is more adapted to a low testosterone environment. Sudden heart attacks are also suffered more in men than in women, on average, however progressive heart failure is seen less often in men. Despite the later age of onset, women are at an increased risk of getting a CVD as evidenced in comparative studies.

Genetically speaking, the Y chromosome in men carries genes that women do not possess related to an increased risk of hypertension.

In women, CVD manifests more commonly as nonobstructive artery disease in which vascular abnormalities prevent enough oxygen from reaching the heart. This could be due to anemic blood, immune issues or bone mineral loss (resulting in calcium disturbances), something also frequently associated with atherosclerosis, estrogens, and the feminine CVD profile.

Having higher estrogen levels promotes smooth muscle dysfunction and a predisposition to vascular spasms and blood vessel ruptures; however it improves vasodilation and contractility. As a result, females appear to have better protection against increased blood pressure, hypertension and resultant heart enlargement, maintaining better circulation when the heart is under stress. Estrogen appears to offer better protection against fibrosis than testosterone, with men displaying higher levels of fibrous growth amongst those with CVD’s. However, after menopause when hormones reach an all-time low in women, the risk of acquiring cardiac fibrosis more than doubles by comparison to male counterparts.

As mentioned above, heart disease tends to kick in later for women than for men, even though women appear to be overall at a higher risk. The unique production of progesterone in the female body may be the reason for this, as progesterone appears to lower the risk for acquiring many types of CVD  and is produced in response to estradiol in the ovaries – a phenomenon lacking in the male body. Progesterone is generated from the same cholesterol base that testosterone is, with more testosterone being produced in men and more progesterone in women. When hormones decline for men, they also experience an increase in estradiol, which is beginning to gain a bad rap in association with CVD onset.

How Gender Plays a Role in CVD Prognosis

Stress is a major risk factor for many chronic diseases and increased overall mortality. The stress response induced by the adrenal system causes a state of temporary insulin resistance, increased heart rate and heightened blood pressure. Chronic stress can lead to vascular damage and/or the formation of arterial plaques.

Depending on where one is from, what exposures one has had and how one orients in life – of which gender is one part of the equation – the effect of stress and how much stress one suffers will differ from person to person.

The stress response is different in men and women biologically, with hormones affecting the way in which stress is perceived and reacted towards. Data suggests that men stress physiologically more than women as there is an association with testosterone and stress hormones; however women tend to be exposed to more psychosocial stress and tend to prolong stress psychologically through rumination, perhaps being affected more than men in the long run. More research is required before firm conclusions can be drawn and there are many exceptions to these observations due to niche psychology amongst different populations around the globe.

2. Pregnancy Could Have a Substantial Effect on Heart Disease Outcomes

Pregnancy appears to exacerbate the risk of acquiring CVD later on in life, with various female-associated heart diseases manifesting largely during gestational processes. This is likely due to several aspects of pregnancy, including the rapid cycling of hormones and the possibility of acquiring gestational diabetes.

Drugs are metabolized differently between genders, which makes treatment outcomes for CVD different between men and women. Many CVD drugs and treatments were approved based on clinical trials performed largely on men, with women being an under-represented group in spite of major metabolic differences. This has led to worse CVD outcomes in women, due to unintended adverse reactions and thus placing women at a higher CVD mortality risk.

Some researchers have also highlighted that due to the difference in female vasculature, surgical considerations for CVD in women demand the use of stents as opposed to conventional thrombolysis; which could potentially worsen the outcome in women and better it in men.

Cardiovascular disease is one of the leading causes of mortality worldwide and is experienced differently by both men and women. The reason is largely related to the differences in hormones, with an excess or deficit appearing to contribute toward increased risk.

Estrogens, particularly estradiol, appear to be detrimental toward heart health when allowed to dominate without the balancing actions of other hormones; such as testosterone for men and progesterone for women.

Stress and glucose control are also vital factors that impact hormonal health and overall metabolism, contributing toward the severity of heart disease experienced by both sexes.

The future of medicine holds hope for improving CVD outcomes through the development of gender-appropriate treatment and prevention strategies.

Dr. Xavier Ruyra is the Director of the Heart Surgery Program at Teknon Medical Center (Quirónsalud) in Barcelona, Spain, and President of the CardioDreams Foundation. He is one of the top experts in Valve Repair and the Ross procedure, thus preventing their replacement with artificial prosthetics and reconstructive surgery of the heart chambers. Dr. Ruyra is a specialist in minimally invasive heart surgery and bloodless heart surgery and has developed multiple surgical techniques that are minimally damaging to the patient’s heart. He is also the creator of the "Smart Cardiac Surgery Program" which aims to deliver training courses to produce exceptionally skilled cardiac surgeons. He combines his work as a surgeon with teaching at the University of Barcelona, where he is an Associate Cardiac Surgery Professor. He has published 65 articles in specialized journals and 3 chapters of books. He has also participated in more than 300 national & international conferences and seminars and has developed several patents for devices used for valve repair or reconstruction.

Teknon Medical Center (Quirónsalud) is one of the leading private sector hospitals in Spain, delivering high-quality medical care with personal attention and utilizing the latest technologies. Led by Dr. Xavier Ruyra, the cardiac surgery unit based in the Teknon Medical Center in Barcelona has performed open-heart surgery, minimally invasive, and transcatheter procedures on more than 10,000 patients with outstanding outcomes. During this time, the group introduced the very latest in cardiac surgery technology, developing innovative surgical techniques. Their efforts achieved both national and international recognition for excellent results, compassionate patient care, superior outcomes, and state-of-the-art cardiac therapies.