GENETIC DISORDERS DUE TO AN ABNORMAL CHROMOSOME NUMBER 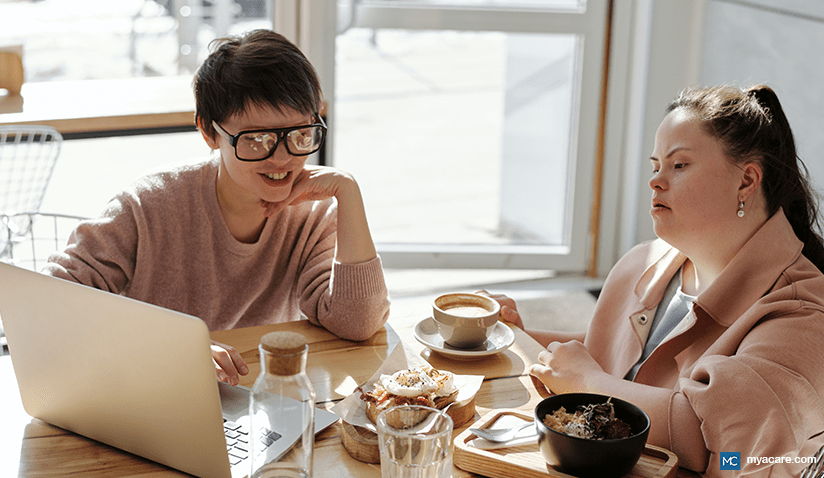 How do chromosomal anomalies happen?

All our cells have copies of our unique genetic identity in strands of DNA. These are all packaged into organized structures called chromosomes. Each normal cell has two copies of 23 chromosomes (thus called diploid cells), and these are duplicated as a cell undergoes cell division.

Let’s do a review of the special type of cell division that sex chromosomes go through - meiosis.

Cells that are created for reproduction are called germ cells. They undergo meiosis, a type of cell division that is unique to germ cells only. All other cells of the body go through mitosis, which is a simpler version of meiosis.

In males, meiosis starts during adolescence, while in females, the process starts even before they are born.

Meiosis starts with a diploid cell that contains 46 chromosomes, like other body cells. In the first part of meiosis (meiosis I), all chromosomes align with their counterpart and exchange genetic information between each other. This is called genetic recombination. The cell splits into two, with each new cell taking one member of each pair. These daughter cells now contain only one copy of all 23 chromosomes (now called haploid cells).

In the second part of meiosis (meiosis II), genetic information in these haploid cells is duplicated. Afterwards, the cell divides again into two new daughter cells, each of which still contains 23 chromosomes.

During fertilization of the egg by a sperm, the 23 chromosomes of both cells combine to restore the number to 46 chromosomes. This cell now has two copies of each chromosome; one comes from the mother and the other from the father. This cell then divides into two, and these two cells divide as well into two each, and so on. This continuous cell division forms the embryo, which will eventually grow into a fetus.

Cell division may occasionally lead to errors. The most common problem occurs when two chromosomes do not separate during division. This is called nondisjunction. One daughter cell ends up with two copies of the same chromosome, while the other daughter cell doesn’t have a copy of that particular chromosome.

Genetic Disorders Due to Chromosomal Anomalies in Number

An abnormal number of chromosomes leads to changes in the expression of genes, which in turn is seen as differences in the growth and development of affected people.

Aneuploidy is the most common classification of chromosomal abnormalities in humans. It refers to people whose cells do not have the typical number of chromosomes nor any multiple of that number (e.g., 46 (2n) or 69 (3n) chromosomes). Well-known types of aneuploidies are trisomies and monosomies.

In trisomy, the genetic makeup involves one chromosome having three copies instead of two (a total of 47 chromosomes). This is the most common type of aneuploidy.

Down syndrome is the most common form of trisomy. For every 733 babies that are born, one newborn is affected. In this disorder, there are three copies of chromosome 21 in affected persons. People with Down syndrome often have cognitive impairment, congenital anomalies, and certain dysmorphic features.

Children born with Down syndrome can perform most daily activities and are able to live up to 50-55 years of age. Some studies show that affected individuals are prone to endocrine problems, premature aging, Alzheimer disease and leukemia.

People with Edward syndrome have three copies of chromosome 18 in their cells. This condition is not as common as Down syndrome, although it is the second most common form of trisomy. For every 4,000 to 5,000 babies that are born, one newborn is affected.

In Edward syndrome, only about 40% live beyond the first month of life, and 2 to 8% reach one year of age. A few studies observed that some spontaneous miscarriages are fetuses with trisomy 18.

Patau syndrome is the third most common type of trisomy. For every 12,000 newborns, one baby is affected.

The growth of infants with this genetic disorder are already affected before birth — they commonly exhibit growth restriction from inside the womb and are born with small skulls. A physical examination of these newborns may reveal cyclopia (a single or partially divided eye), a sloping forehead, small and unusually shaped ears, cleft lip, cleft palate, clubfeet or rocker-bottom feet.

Problems with the nervous system are common; they may present with alobar holoprosencephaly. Some genital problems may also be exhibited, such as underdeveloped labia minora in females, and cryptorchidism or hypospadia in males.

Most infants born with Patau syndrome live for a few months. Only 5 to 10% live beyond the first year of life; however, these patients tend to develop severe neurologic issues.

Babies with monosomies rarely develop beyond the womb, with the exception of Turner syndrome, where the X chromosome is affected. For every 2,500 female newborns, one is affected with this disorder.

In Turner syndrome, most of the cells have only 45 chromosomes, with the sex chromosome (X) missing a partner. Patients with this disorder exhibit some form of mosaicism, having 2 or more cell lines (sets of chromosomes). This may be because the error in cell division occurs after fertilization, so some cells have the original cell line, while other cells in the body have the second cell line attributed to Turner syndrome.

Infants commonly have congenital heart defects and abnormal structures in the kidney. The gonads are underdeveloped, leading to a delay or lack of development of secondary sexual characteristics. There is also a 6% chance of having some form of intellectual disability.

Most affected newborns reach adulthood but require thorough monitoring as they are prone to develop other conditions as they grow older. These include problems with the aorta (aortic dilation, dissection or rupture), heart valve problems, elevated blood pressure, urinary tract infections, problems with vision or hearing, abnormal development of the teeth, autoimmune problems and short stature.

Errors in cell division may lead to chromosomal anomalies. These affect the expression of genes, leading to abnormal growth and development of a child’s anatomy and physiology. Some of the common genetic disorders are due to an abnormal number of chromosomes; these include trisomies and monosomies. While some disorders may reach into adulthood, others are lethal even before birth and rarely progress beyond the first few years of life.

About the Author:
Dr. Sarah Livelo is a licensed physician with specialty training in Pediatrics. When she isn't seeing patients, she delves into healthcare and medical writing. She is also interested in advancements on nutrition and fitness. She graduated with a medical degree from the De La Salle Health Sciences Institute in Cavite, Philippines and had further medical training in Makati Medical Center for three years.