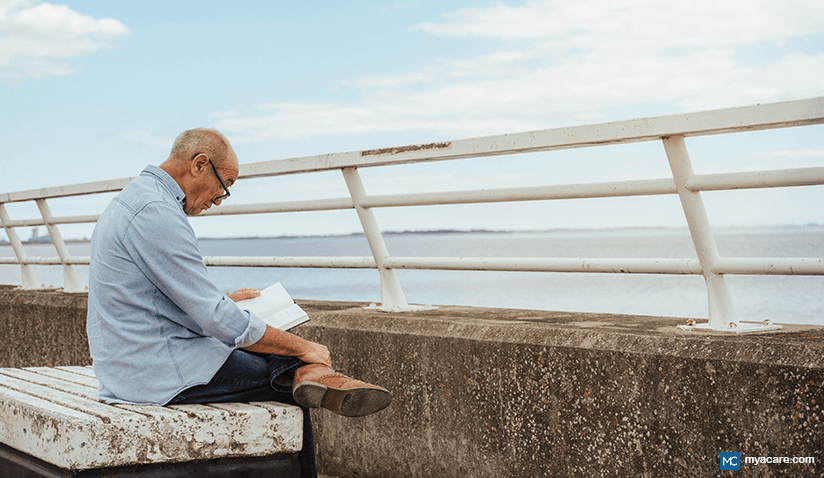 You are most likely familiar with both type 1 diabetes, an autoimmune disease that destroys the insulin-secreting pancreas, and type 2 diabetes, in which the body does not use insulin properly. But there is a new terminology that has been grasping everyone’s attention: type 3 diabetes.

So, what exactly is type 3 diabetes? Well, the terminology that has been used in health media and literature refers to Alzheimer's disease. The terminology has been proposed to describe the hypothesis that Alzheimer’s disease is triggered by insulin-like growth factor dysfunction and a type of insulin resistance that occurs specifically in the brain.

That said, do not expect your doctors to use this terminology anytime soon as it has not been widely accepted by the medical community as a clinical diagnosis.

Here we will explore what we know and don’t know about type 3 diabetes and how it differs from another condition known as type 3c diabetes. We will then go on to explain its causes and how you could prevent them.

What Is Type 3 Diabetes?

Type 3 diabetes is a term used by some scientists to describe Alzheimer's disease, as they believe the dysregulation of insulin in the brain leads to the development of Alzheimer's.

Insulin is a hormone that helps ferry glucose (blood sugar) to the fat, muscles, and other cells for energy. When the body does not use the hormone properly, this condition is called insulin resistance.

While type 1 and type 2 diabetes are well-defined, there is no single definition of type 3 diabetes. Rather than a medical term, type 3 diabetes is more of a research term. Scientists put forward a proposal that Alzheimer’s disease could be termed type 3 diabetes due to its strong links with insulin resistance.

Glucose metabolism deficiency in the brain as a result of insulin resistance may be a leading cause of dementia as it contributes to symptoms such as decreased judgment and reasoning skills and memory loss. Additionally, the risk of developing Alzheimer's disease is significantly higher in those with type 2 diabetes.

How Is It Different From Type 3c Diabetes?

Currently, there are four different groups of diabetes, according to the American Diabetes Association. These are type 1 and 2, gestational diabetes mellitus, and specific types of diabetes due to other causes such as cystic fibrosis or drug-induced.

Type 1 and type 2 are the only forms of diabetes officially assigned to a numbered type.

In addition to these types, some research uses the term "type 3c” or pancreatogenic diabetes to classify diabetes that may result from the inability of the pancreas to produce insulin.

This can occur due to a condition or an illness that damages or affects the pancreas. It can also occur post pancreatic surgery or if the organ is removed.

That being said, not everyone with long-term pancreatic inflammation or the other conditions mentioned here will develop type 3c diabetes. The severity will depend on the amount of the pancreas removed during surgery, the damage caused to the pancreas, and the health of the remaining organ.

What Is the Link Between Diabetes And Alzheimer's Disease?

In people with diabetes, the body fails to produce insulin or use insulin effectively. At first, the pancreas tries compensating by producing more insulin, but eventually, the organ cannot keep up. This leads to a rise in blood glucose to unhealthy levels.

Alzheimer’s disease is a progressive neurodegenerative disease characterized by the progressive decline of cognitive functions, memory, and changes in personality and behavior. It is an emerging complication of type 2 diabetes. The condition can also cause inflammation and oxidative stress.

Scientists have thought for many years that the brain was not made of insulin-sensitive tissue. However, the past 15 years have dramatically changed this notion.

Insulin resistance in the brain has been suggested as a trigger for Alzheimer's. Some people even say that Alzheimer's is diabetes in your brain.

While this may be an oversimplification, let’s understand the science behind it.

The Science Behind Diabetes And Alzheimer’s

The insulin resistance or deficiency in the brain leads to a loss of brain cell energy. Without sufficient insulin, blood sugar is not taken into brain cells and metabolized normally.

This means that the brain can no longer carry out normal memory and cognitive functions. It also cannot produce the parts of brain cells needed to replace those that wear out over time, leading to a degeneration of the brain itself.

Untreated and uncontrolled diabetes can eventually damage the blood vessels, including those in the brain. Many people with type 2 diabetes are unaware of their health status, delaying the diagnosis and treatment and worsening the condition.

Moreover, high blood sugar can cause additional problems such as chemical imbalances and inflammation that may damage the brain cells and trigger Alzheimer's.

Likewise, diabetes is considered a risk factor for the development of vascular dementia, the symptoms of which can overlap with or develop into Alzheimer's disease.

A study published in The Lancet links declining brain health with diabetes, indicating that treatments that restore cerebral insulin function may be beneficial for patients with Alzheimer's.

In another study published in 2017, mice with the APOE4 gene that were fed a high-fat diet developed insulin resistance. This gene is significant because of its link to Alzheimer’s disease.

About 20% of normal humans carry at least one of the two genes for APOE4. Likewise, so do 50-70% of people with Alzheimer's disease.

According to Harvard Health, there are multiple reasons why long-term type 2 diabetes can lead to dementia. For instance, diabetes affects heart health which is linked to brain health. Another factor is that hypoglycemia (or dangerously low blood sugar levels) that commonly occurs in diabetes can damage the memory center of the brain, the hippocampus.

Another intriguing hypothesis put forward is that Alzheimer's and diabetes have shared molecular and cellular features. Insulin plays a vital role in the formation of amyloid plaques and phosphorylation of tau, which leads to neurofibrillary tangles.

Based on a 2016 study, people who have type 2 diabetes are 60% more likely to develop Alzheimer's or vascular dementia. This is likely because, in both diabetes and Alzheimer's disease, insulin signaling is deficient.

In this analysis of 2.3 million people comprising more than 100,000 cases of dementia, results showed that women with type 2 diabetes had a higher probability of developing vascular dementia than men.

Another review indicates that insulin links multiple conditions together, such as dementia, diabetes, and obesity. Researchers also recommend the potential use of antidiabetic medication to treat dementia.

There is also a possible link between dementia and a high allostatic load, which is the burden created by life events, stress, and other environmental challenges.

The science, at this moment, is unclear on the specific cause of Alzheimer’s disease. It is believed that a combination of factors may be at play. Factors such as genetics, family history, lifestyle, and environment, combined with age-related neurological changes, can contribute to it.

Who Are At Risk For Developing Type 3 Diabetes?

A study from 2020 lists the following potential risk factors for developing type 3 diabetes:

It also indicates that impaired lipid or fat transportation and high blood pressure play a role in the development of Alzheimer’s disease.

Likewise, having the APOE4 gene can increase your risk of developing the condition.

Type 3 diabetes is not an official classification, and your doctors will not use it as a diagnostic term. They can, however, diagnose Alzheimer’s disease.

The symptoms of type 3 diabetes concur with those of dementia, such as in early Alzheimer’s disease.

There is no specific test for the diagnosis of type 3 diabetes. Alzheimer’s disease is diagnosed based on:

Alzheimer’s is best diagnosed by a neurologist familiar with neurodegenerative memory disorders.

If you have been diagnosed with type 2 diabetes, you must begin treatment for it right away. Treating type 2 diabetes could minimize damage to your body, including those to your brain. This will help slow the progression of Alzheimer’s or dementia.

While type 3 diabetes (Alzheimer’s) is incurable, doctors may prescribe drugs to slow the progression or treat its symptoms.

Aducanumab, an anti-amyloid antibody drug, may help reduce functional and cognitive decline in people in the early stages of Alzheimer’s disease.

Donepezil and galantamine are medications that can lessen memory loss and thinking issues in Alzheimer’s disease.

Memantine, an NMDA-receptor antagonist, may also help to reduce symptoms and slow the progression of Alzheimer’s disease.

According to a 2014 study, metformin and insulin are anti-diabetes drugs that may also reduce the risk of developing diabetes-induced brain damage.

A diet low in fat and rich in fruits and vegetables can help improve symptoms.

Quitting smoking is recommended because it can also help manage your condition.

There has been pioneering research in the area of insulin resistance and Alzheimer's. As there are brain regions where the uptake and metabolism of blood sugar are deficient, intranasal insulin (or insulin administered up the nose) has been proposed as a treatment.

Intranasal insulin can help with cerebral glucose hypometabolism, which is commonly found in those with Alzheimer’s, Parkinson’s, and other neurodegenerative disorders. It delivers and targets insulin to the brain along the nerves involved in smell without altering the blood sugar or insulin levels.

The results of the early phases of the clinical trial have raised hope. The outcome is positive, and the cognitive decline in Alzheimer’s disease is slowed if not improved.

Can You Prevent Type 3 Diabetes?

There are no ways to completely prevent Alzheimer’s disease at the moment. Neurological changes due to aging and genetic factors are impossible to avoid. However, leading a healthy lifestyle might lessen your risk.

A review published in the Journal of Alzheimer's Disease indicates that meditation may help prevent Alzheimer’s disease by reducing allostatic load.

Type 3 diabetes is a term used by some researchers to describe Alzheimer's disease. The term has been proposed based on a possible link between insulin dysregulation in the brain and the development of dementia. Type 3 diabetes is not to be confused with type 3c diabetes resulting from pancreatic diseases.