NOBEL PRIZE IN PHYSIOLOGY OR MEDICINE 2021: THE MISSING LINK BETWEEN TEMPERATURE & TOUCH 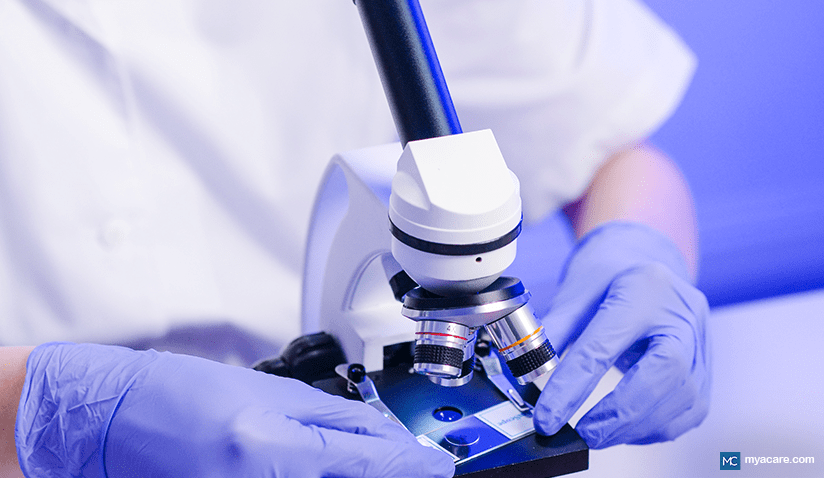 And the 2021 Nobel Prize goes to: David Julius and Ardem Patapoutian, for discovering new cell receptors that sense both temperature and touch.

Our understanding of the way we experience sensations has been revolutionized thanks to this year’s Nobel Prize laureates.

While it has long been known that sensations from the periphery are decoded into nerve impulses and sent to the brain; little is known about the precise underlying mechanisms for how sensations are initially perceived. After decades of work, David Julius and Ardem Patapoutian have independently pieced together how the body recognizes sensations that have eluded biologists for hundreds of years[1].

Touch and temperature are now known to be detected through distinct receptors. This discovery highlights the complexity of painful sensations, with unique types of stress producing pain via multiple mechanisms. It also shows how our biology is uniquely affected by both of these sensations.

What Are Cation Channel Receptors?

Cellular calcium is best utilized as a charged ion, Ca2+, and can be used to generate energy as well as serve as the substrate for bio-electrical conductance, such as seen in neurons. Neurotransmitters work closely with charged calcium during neuro transmission; and in non-neuronal cells where similar signaling occurs at slower speeds. The membranes of many cells rely on calcium channel receptors that simultaneously serve as transporters for cellular calcium uptake.

In this way, the environment and our activities throughout the day change the way our cells respond and function. This may have implications for complimentary therapeutic options for patients battling with disease, particularly where specific cation channel receptors have been implicated in promoting the pathology.

PIEZO1 and 2 are novel cation channel receptors that sense mechanical pressure, touch, movement, and body positioning (proprioception). Touch mediated via these receptors senses the stretch of blood vessels for circulation, of the urinary tract and of many other tissues, including any tissue that becomes inflamed and swollen.

They are additionally required for the baroreceptor reflex. This reflex is the response to the stretching of the lungs during respiration. Animal studies have proven that if either of these receptors is missing or deactivated, the mechanism fails to register, resulting in difficulty breathing, hypertension, erratic blood pressure[2] and an exceedingly short lifespan.[3]

How Do They Work?

They work by responding to the pulling of the cell membrane, which occurs in response to a stimulus, such as mechanical pressure. This in turn causes the channel to open, sending calcium into the cell.

The membrane of a cell is composed of fats and proteins which promote cell structure and adherence. As membrane proteins give it a firm shape and structure, they enhance the responsiveness of PIEZO1 and 2 to pressure and touch.[4] The tension of the membrane allows for PIEZO receptors to receive even the most gentle of mechanical stimuli, such as vibrations that can be felt on the skin or heard by the ear.

If the cell membrane or cytosol is faulty, the receptors will have either an increase or decrease in receptivity, altering one’s ability to receive sensory information pertaining to touch.

Where are PIEZO Receptors Found?

Both of these receptors can be found in the membranes of cells belonging to animals, plants, and protozoa, suggesting that they have been a long-standing feature of the planet’s biological evolution. In humans, PIEZO1 expresses predominantly in the cardiovascular system, while PIEZO2 expresses in sensory neurons and cell types specialized to detect touch. Both PIEZO1 and 2 are also found at the endoplasmic reticulum (a part inside the cell), and are highly involved in cellular calcium handling.

PIEZO1 is a calcium channel receptor that was recently discovered for playing a role in sensing touch and pressure. It has a unique structure, allowing for any pressure on its surface to activate it[5]. Any pain induced through mechanical pressure is partially mediated by this receptor and PIEZO2.

The cellular concentrations and ratios of cholesterol and phosphoinositides are suspected to regulate PIEZO1.[6] PIEZO1 has been shown to be negatively affected by high cholesterol levels and disturbances in cell membrane cholesterol. The latter slows the receptors down, delaying their response to pressure. Poly-unsaturated fats appear to increase the receptor’s sensitivity to pressure[7] and also happen to lower LDL cholesterol levels.

Aside from mediating the perception of touch, PIEZO1 is responsible for a number of other cellular functions:

PIEZO2 works closely with PIEZO1 in sensing pressure. Together they mediate stretch sensing in the lungs, bladder, and urinary tract. PIEZO2 is required for facilitating urination.[14] It is found in lesser amounts in the kidney or skin compared to PIEZO1, however displays a comparable prevalence in the bladder, colon and lung.

Light touch, vibration and pain are among some of the gentle sensations picked up by PIEZO2 in the absence of PIEZO1. In spite of being involved in both, it is unclear how PIEZO2 distinguishes between sensations of pain and light touch.

Functions of PIEZO2 include:

Like PIEZO receptors, temperature receptors tend to be regulated by the membrane of the cell. TRP channels can be affected by cholesterol metabolism, cellular fat production, many hormones and cellular calcium emission; all of which contribute towards membrane structure, function and responsiveness.

Through mapping and researching the below TRP temperature receptors, this year’s Nobel Prize laureates resolved the question of how the body generates sensations of pain, touch and temperature in order to experience the world.

David Julius and his team discovered TRPV1 in the 90s after testing for pain, temperature and touch receptors responsive to capsaicin, the compound responsible for causing chili burns.[22] It is additionally known as the capsaicin receptor through its discovery.

As a result of this discovery, Julius went on to precisely map the structure of TRPV1, using cryo-electron microscopy. This sped up the process for mapping out other cellular receptors in detail, including PIEZO1 and 2. According to Ardem Patapoutian, mapping out these receptors may have taken him and his team 20-30 years if it weren’t for the prior contributions of David Julius.

TRPV1 is a membrane calcium channel receptor that activates in the presence of heat over 43˚C.

The TRPV1 receptor has been proven to play a role in the sensation of burning, in regulating the movement of fluids, and in maintaining optimal body temperature. It’s also implicated in coughing and an overactive bladder. Bradykinin (a pain molecule) and nerve growth factor are released during injury and were shown to activate TRPV1, generating heat and pain.[23]

Phosphoinositides are cell membrane fats that regulate membrane proteins, cell structure[24] and have recently been found to affect temperature sensing. Their presence inhibits TRPV1 and activates TRPM8, revealing a direct correlation between hot and cold sensations, lipid metabolism and a tendency for the cell to favor cooling.[25]

Acids, chemicals, vanillotoxins and others, some food compounds like capsaicin, and cellular fats can all additionally activate TRPV1.[26]

Both Julius and Ardem identified TRPM8 as a cooling sensor, making use of menthol in order to explore the connection between temperature, touch and pain.

TRPM8 is a temperature sensing cation channel receptor that activates in response to temperatures under 28˚C[27]. Menthol is the most well-known TRPM8 receptor activator, and is responsible for the cooling sensations of mint plants.

Some of the well-known functions of TRPM8 include:

While the above receptors are by far the most studied, other receptors work in tandem with the above ones to create complex responses to all possible stimuli we encounter.

Here are a few more from the same family that contribute towards sensations of pain, temperature and pressure[31]:

1. TRPA1, also known as the wasabi receptor, detects all forms of cellular damage pertaining to chemical irritants, pressure and extreme temperatures, both hot and cold[32]. When activated it promotes hypersensitivity, pain, itching and inflammation. Respiratory ailments, diabetes, pancreatitis, cardiovascular diseases and an overactive bladder have been linked with over-activation of TRPA1.[33]

2. TRPV2 is a pain receptor found expressed at the endoplasmic reticulum and on the membrane of the cell when pressure is exerted. It responds to high temperatures (over 52˚C), mechanical stress and various chemical compounds.[34] TRPV2 may be required for optimal cellular calcium handling. In excess, it has been linked with cardiovascular disease, muscular dystrophy and heart failure with reduced ejection fraction.[35]

3. TRPV3 has mostly been studied to be active in skin cells, responding to warm temperatures and acting as a sensor for pain, heat, irritation and cell damage. When active, it helps to promote various skin functions such as growth, repair, and maintenance of the skin barrier. Over or under activation has been observed in various skin diseases, including cancer.[36] Magnesium, calcium, cholesterol, ATP and polyunsaturated fats are known to regulate this receptor.[37]

4. TRPV4 is a nonselective cation channel that responds to temperatures of about 27˚C, cellular dehydration, increases in pressure and cell damage. It is found in a wide variety of skin and muscle cells, including cardiovascular cells and those that line the urinary and digestive tract.[38] TRPV4 may be important in maintaining vasorelaxation under low oxygen conditions in the cell (hypoxia), in preserving vascular integrity and in reducing the risk of vascular stiffness. In the respiratory tract, it appears that this receptor acts as a sensor of bacterial endotoxins and may enhance an anti-inflammatory response.

After nearly 30 years of investigation, David Julius and Ardem Patapoutian revolutionized the way in which we consider sense perception. Through their work, it has become very clear that sensations of touch are closely related to sensations of temperature; and that both conspire to produce pain and the lack thereof. These core modes of perception are felt and transmitted by receptors at the cell membrane, before being sent off to the brain for processing.

Touch and temperature receptors are responsive to a very wide variety of sensory inputs. These include the most extreme, such as being burned; to the most gentle, such as sound vibrations. These inputs contribute towards our sense of perception, body positioning and awareness, motion capacity, and our.