WHAT WE KNOW ABOUT THE LATEST MONKEY POX OUTBREAK 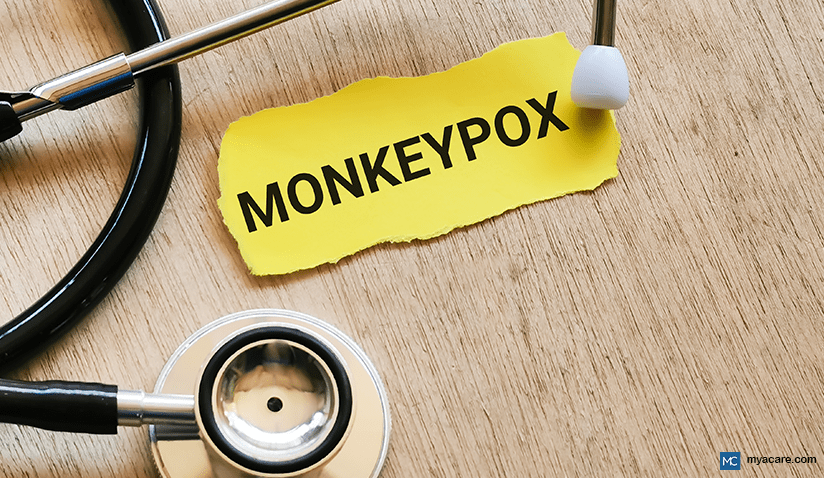 This article is continuously updated.

This has brought out a general state of panic among the general public, more so because of various other outbreaks of different diseases happening at an increasing pace.

So, what is monkeypox? Does it pose any life-threatening danger?

Monkeypox is a viral infection. It is transmitted to humans from animals. The symptoms of monkeypox were very similar to those of another viral infection known as smallpox. Smallpox has been eradicated globally since 1980. (1)

Monkeypox is caused due to the monkeypox virus. The virus has either of two distinct family lines or clades. They are (3)

The Congo Basin clade is believed to be more transmissible and the one causing severe impact among the two. (3)

Monkeypox is transmitted to humans from animals. (4) Some of the animals which are susceptible to monkeypox are (5)

However, more evidence is still required to pinpoint the exact reservoir of the virus.

How common is Monkey Pox?

Monkeypox in humans was first identified in 1970 in the Democratic Republic of the Congo. This was in a 9-year-old boy. (3, 5) This region in particular had smallpox eliminated in 1968.

11 African countries have a documented history of monkeypox. These countries are (5)

However, with travel and tourism, many cases have been reported in countries other than the ones belonging to Africa. Almost all cases had a travel history to Africa.

The World Health Organization (WHO) and its partners are still working to understand better the extent and cause of an outbreak of monkeypox.

The recent outbreaks reported across 11 countries so far are atypical, as they are occurring in non-endemic countries. Usually, cases have a history of contact or travel to the areas where monkeypox is prevalent in animal species. (5)

As of now, there are about 80 confirmed cases, according to the WHO. 50 are still under investigation. (6)

The WHO has asked member nations to increase surveillance in this regard. (6)

Monkeypox is not a new disease; there have been multiple outbreaks in the past. However, recently the outbreak has involved multiple countries, and the disease has spread globally.

This article provides monthly updates on the latest monkeypox outbreak and highlights what to do if you suspect you have monkeypox.

What to do if you suspect you have a monkeypox infection?

If you suspect that you had close contact with someone diagnosed with monkeypox, you need to monitor yourself for the clinical signs and symptoms of the infection for at least 21 days after your exposure. You need to limit your contact with other people as much as possible. If there is any contact after the exposure, you need to inform them that you have been exposed to monkeypox infection. (15)

While monitoring yourself, if you develop the characteristic symptoms of monkeypox, such as rash, fever, and lymphadenopathy, you need to immediately contact your healthcare provider and ask for support regarding further testing and care. You need to isolate yourself till you get the test reports. Additionally, you need to clean your hands regularly.

If your test comes out to be positive, isolation is required, and your healthcare provider will advise you regarding isolation at the healthcare center or at home. They would also advise you on the care required.

During your isolation, you need to follow certain instructions, such as:

What are the signs and symptoms of Monkey Pox?

Monkeypox is usually a self-limited disease with symptoms lasting from 2 to 4 weeks. Severe cases are more commonly seen among children. Various factors like the extent of virus exposure, patient health status and nature of complications play a major role in deciding the outcome. (2, 3, 4, 5)

On the first five days of infection, you are more likely to suffer from (5)

Lymphadenopathy or swollen lymph node is a distinctive feature of monkeypox compared to other diseases that may initially appear similar like chickenpox, measles and smallpox. (3, 5)

The skin eruption usually begins within 1-3 days of the appearance of fever. The rash tends to be more concentrated on the face and extremities rather than on the trunk. In the majority of the cases face is mostly affected followed by the palms and soles. Other areas include oral mucous membranes, genitalia and conjunctivae which is the white portion of your eye. (2, 3, 5)

The rashes can be of varying shapes and sizes and thus can be confused with other diseases with a similar presentation like chickenpox. (5)

How does Monkey Pox spread?

After a human is infected, he can transmit it to other humans. Human-to-human transmission can happen due to (1, 2, 3, 4, 5)

According to WHO, the risk of transmission from physical contact and sexual contact still requires much more study and the study is underway. (5)

How is Monkey Pox diagnosed?

Monkeypox is diagnosed both clinically and with the help of lab tests.

Clinically monkeypox can resemble other rash illnesses, such as chickenpox, measles, bacterial skin infections, scabies, syphilis, and medication-associated allergies. Monkeypox, however, presents with lymphadenopathy during the early days of infection. This can help differentiate it from other diseases of similar nature. (3, 5)

The confirmation of monkeypox on the other hand is done by various laboratory tests. The WHO has suggested health workers gather a sample and send it for appropriate testing. (5)

Polymerase Chain reaction or PCR is one such reliable test. PCR testing allows for the identification of the monkeypox virus in the sample. The sample is usually taken from lesions rather than blood as the first one is more accurate. (3, 5)

One thing to consider is false-positive results, particularly in elder people who were vaccinated with the smallpox vaccine and health workers particularly lab personnel who have received some form of vaccination. (3, 5)

According to The WHO, for correct interpretation of results, the sample along with the following patient information must be clearly provided: (5)

It is therefore best to seek medical attention if you have any suspicious rash.

How is Monkey Pox being treated?

According to the Centres for Disease Control and Prevention(CDC), as of now, there is no proven, safe treatment for monkey poxvirus infection. (3)

Clinical care for monkeypox is being done symptomatically and can vastly differ from one person to another.

The CDC has also approved the use of the smallpox vaccine, vaccinia immunoglobulin and antivirals to treat the monkeypox virus. (3)

An antiviral agent known as tecovirimat that was developed for smallpox was licensed by the European Medical Association (EMA) for monkeypox in 2022 for use within the European Union only. (5, 7)

Can Monkey Pox be fatal?

Monkeypox has claimed the lives of people who had the illness. The case fatality ratio of monkeypox has historically ranged from 0 to 11 % in the general population meaning that among 100 people suffering from monkeypox, a maximum of 11 people can die from it. (5, 8)

As of now, the WHO has not officially published any monkeypox related deaths in relation to the latest 2022 outbreak.

The outcome of the disease can depend on factors such as weak immunity, underlying g diseases and complications arising from monkeypox itself. (2, 3, 5)

Several complications can come along with monkeypox. Some of them are (2,5)

How can Monkey Pox transmission be prevented?

The transmission of monkeypox can be prevented by following the following methods: (3, 5)

Vaccination against smallpox has been found to be effective in preventing monkeypox. Thus, previous smallpox vaccination can result in milder illness. (5)

At present, the CDC recommends laboratory personnel dealing with monkeypox and military personnel get vaccinated with a type of smallpox vaccine. (9)

However, the CDC and the Advisory Committee on Immunization Practices (ACIP) are currently evaluating the smallpox vaccines to use for monkeypox prevention. (9)

The recent identification of monkeypox cases in 2022 has been a little bit worrisome. The previous outbreaks of monkeypox had some form of contact with the endemic areas. This latest outbreak on the other hand has no direct links to travel to those areas.

Further investigations are underway to determine the likely source of infection. Active measures and surveillance programs have been called into play and health professionals are being asked to report and investigate suspected cases.

To search for the best health providers for dermatology in Croatia, Germany, Greece, Italy, Malaysia, Singapore, Slovakia Spain, Thailand, The UAE, the UK, and the US, please use our free search engine.