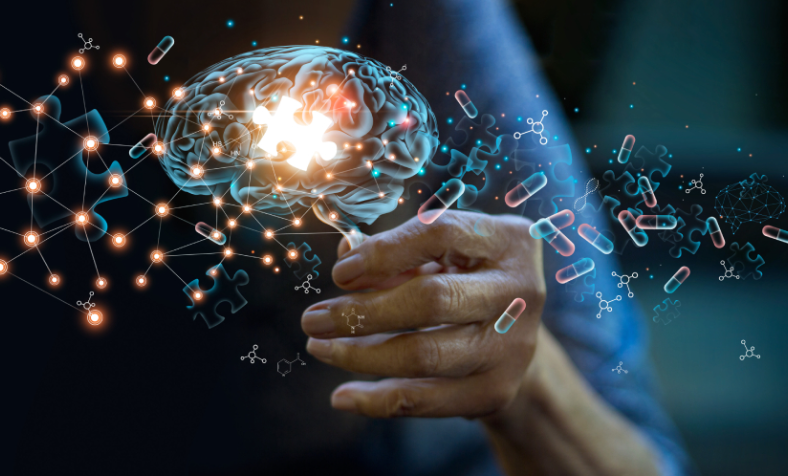 According to the amyloid hypothesis, the buildup of the amyloid beta protein in the brain can cause neurodegeneration and cognitive decline in people with Alzheimer’s.

A new monoclonal antibody treatment called Lecanemab by Biogen and Eisai can target and clear the amyloid beta buildup in the brain. That helps slow down the cognitive decline in patients with early Alzheimer's.

Phase 3 clinical studies revealed that this new Alzheimer's medication reduces amyloid levels and slows down the progression of cognitive decline by 27% in Alzheimer’s patients.

Read on to learn more about the new Alzheimer’s drug candidate Lecanemab, how it works, its benefits, and when it may become available.

Lecanemab is a new treatment for Alzheimer’s disease developed by the drugmakers Biogen and Eisai. It’s an investigational antibody that targets amyloid beta (Aβ) peptides which can cause one of the early toxic events in the pathogenesis of Alzheimer’s disease.

The drugmakers say Lecanemab could treat mild cognitive impairment (MCI) due to Alzheimer’s disease in patients with confirmed amyloid pathology in the brain.

In July 2022, the U.S Food and Drug Administration (FDA) accepted the Biologics License Application (BLA) for Lecanemab under the accelerated approval pathway. The FDA granted this new Alzheimer’s drug candidate Priority Review, and a decision is expected by January 2023.

In 2021, a previous Biogen Alzheimer’s drug candidate, Aduhelm (aducanumab), was approved by the FDA using the accelerated approval pathway. It was the first Alzheimer’s prescription medication to become approved in nearly 20 years. However, after questions were raised about the efficacy of Aduhelm, the FDA quickly narrowed the group of people who could receive this Alzheimer’s drug.

Medicare also refused to cover Aduhelm unless the patient enrolled in a qualifying clinical study.

Just like Aduhelm, Lecanemab is not a cure for Alzheimer’s. Instead, it can slow down the cognitive impairment due to Alzheimer’s disease and give people more time before their mental abilities decline, especially at the beginning of the disease.

How Does Lecanemab Work?

Lecanemab works by eliminating clumps of a toxic protein called amyloid beta (Aβ) from the brain.

Researchers found that older people with Alzheimer’s have abnormal levels of Aβ protein in their brains. The accumulation of this protein forms clumps between neurons and disrupts cell function. That could explain how people with Alzheimer's start losing their cognitive functions.

Lecanemab is a monoclonal anti-amyloid beta (Aβ) antibody, which means this drug can target and eliminate amyloid beta protein. By breaking down the amyloid beta plaques, this medication can slow down the progression of cognitive decline in people with early-stage Alzheimer’s.

How Is Lecanemab Different From Aduhelm (Aducanumab)?

Biogen is behind both the Lecanemab and the Aduhelm Alzheimer drugs. Similarly to Aduhelm, Lecanemab can break down amyloid beta plaques in the brain. However, unlike Aduhelm, Lecanemab significantly slowed down the cognitive decline of patients with early Alzheimer’s.

These benefits were clinically proven in Lecanemab, but not in the previously approved Alzheimer’s medication Aduhelm.

The Lecanemab drug was tested in a clinical study involving 1,795 patients with early Alzheimer's disease.

During the clinical trial, patients received a dosage of 10 mg/kg of Lecanemab or the placebo drug twice a week via IV infusions.

Results from the Phase 3 global clinical trial showed that Lecanemab monoclonal antibody slows down cognitive decline by 27% compared to placebo after 18 months of treatment.

As early as six months, the drug began showing statistically significant changes in the severity of Alzheimer’s symptoms regarding cognitive and functional performance.

Moreover, Lecanemab met all key secondary endpoints, which provide supporting information about the drug’s efficacy. The new treatment for Alzheimer’s reduced amyloid levels and improved cognition in patients compared with a placebo after 18 months of treatment.

What Are Lecanemab’s Side Effects?

During the clinical trial, some patients experienced symptomatic side effects of Lecanemab, including:

Nonetheless, the correct usage and dosages of this novel Alzheimer’s drug can help manage these side effects.

What’s The Approval Status Of Lecanemab?

In March 2022, Eisai submitted an application to the Pharmaceuticals and Medical Devices Agency (PMDA) in Japan for early approval of Lecanemab.

In July 2022, the FDA accepted the Biologics License Application (BLA) for Lecanemab under the accelerated approval pathway. The drug was also granted Priority Review.

Eisai will discuss the results of this clinical trial with drug regulatory authorities in Japan, Europe, and the U.S.

Eisai also plans on presenting the results of the Clarity AD study on November 29, 2022, at the Clinical Trials on Alzheimer’s Congress (CTAD). They also aim to publish their findings in a peer-reviewed medical journal.

A decision regarding the approval of Lecanemab for slowing down cognitive decline in patients with early Alzheimer’s is expected by January 2023.

What Are Other Anticipated Alzheimer’s Drug Treatments?

Eli Lilly and Roche pharmaceutical companies are seeking approval for their amyloid-lowering drugs as well.

Both Eli Lilly’s Donanemab and Roche’s Gantenerumab target amyloid buildup in the brain, similar to Lecanemab.

In August 2022, the FDA agreed to review Donanemab for Alzheimer’s disease under the accelerated approval pathway and granted the drug Priority Review.

The results of two Phase III trials investigating the safety and efficacy of Roche’s Gantenerumab drug in people with early Alzheimer’s disease are expected by the end of 2022.

For people in the early stages of Alzheimer’s, the new Lecanemab drug can buy them more time before their cognitive functions start to deteriorate. That will at least help Alzheimer’s patients remain independent for longer and capable of making proper future health arrangements for themselves.