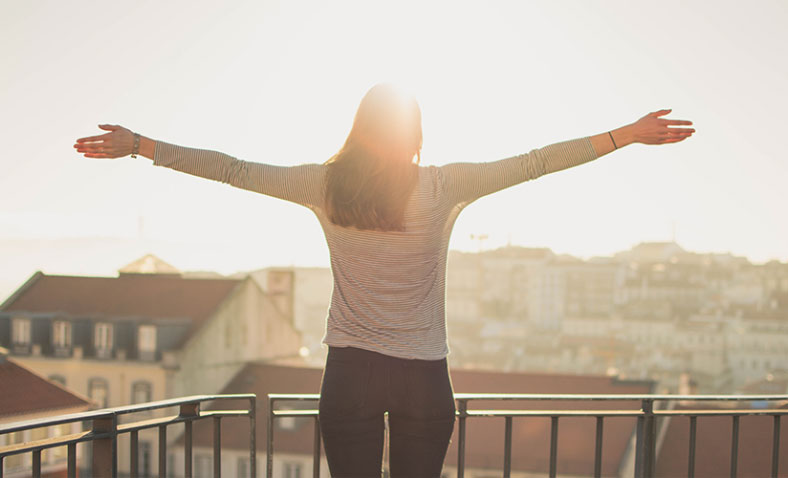 Vitamin D is a fat-soluble vitamin aiding the absorption of dietary calcium and phosphorous from the intestines. It also suppresses the release of parathyroid hormone (a hormone that causes the breakdown of bones). As a result, it helps maintain calcium and phosphate levels in the blood, thereby promoting good bone health. Over the years, vitamin D has attracted immense attention from the scientific and medical community due to its potential beneficial effects on a wide variety of diseases. However, the impact of vitamin D on the maintenance of brain health and the normal functioning of our nervous system has emerged only recently.

The most common source of vitamin D is sunlight. Our skin produces vitamin D after exposure to sunlight. The amount of vitamin D that our skin can produce depends on the pigmentation or skin color, sunscreen usage, season, and the time of the day. For example, in the winter season and during the early morning or late afternoon, most sunlight gets absorbed by the ozone layer surrounding the earth, limiting the amount of vitamin D produced in the skin. Other sources of vitamin D include foods that naturally contain it, such as cod liver oil and fish, such as salmon, tuna, and sardines. One can also find milk and milk-based products, such as yogurt and cheese, fortified with vitamin D for daily use.

Low vitamin D levels have been recognized as a widespread health problem, affecting billions of individuals worldwide. One can be deficient in vitamin D due to any of the following reasons:

The best way by which a healthcare professional determines the vitamin D status of an individual is through a blood test. A doctor may also order a bone density test to check for osteoporosis, a common vitamin D deficiency complication.

The following guidelines are recommended by the Endocrine Society for blood levels in adults:

The following group of individuals is generally considered at high risk for developing vitamin D deficiency:

Vitamin D and the nervous system

Recent research has provided revolutionary insights on the non-classical or the lesser-known roles of vitamin D. Much of the mechanism and the biology of vitamin D in the brain has come from research on rats and mice, translated to humans. The first indication that vitamin D may play a role in the brain's normal functioning is that the human brain cells contain several vitamin D receptors. Further, several downstream metabolites of vitamin D are also present in the cerebrospinal fluid. The extensive occurrence of these receptors and molecules in the nervous system suggests that the brain regularly uses vitamin D for its functioning.

Many studies on animal models support that low prenatal vitamin D levels (especially in the third trimester) may lead to the development of psychiatric disorders such as schizophrenia and autism in children. However, more clinical data is still required to determine the association between vitamin D levels and these neurodevelopmental disorders in humans.

Further, vitamin D also increases the production of antioxidants in the brain. These antioxidants can protect the brain cells from damage. Such protection against excitotoxicity may indicate that vitamin D may also be protective against seizures.

Vitamin D deficiency has been associated with an increased risk of developing Multiple Sclerosis. In multiple sclerosis, the body's immune system starts attacking the brain and spinal cord cells and damages the protective layer called myelin that insulates these cells. As a result, the communication between the cells is disrupted. How vitamin D prevents multiple sclerosis is unclear, but it is suggested that vitamin D may suppress the activity of immune cells. This can, therefore, prevent them from attacking the brain cells. Studies have suggested that adequate vitamin D levels may reduce the risk of developing multiple sclerosis and prevent its progression.

Stroke, which is caused due to a blockage in the brain's blood supply, is one of the major causes of long-term disability in a wide range of the population. Vitamin D deficiency is associated with the other contributing factors for stroke, such as hypertension and hyperlipidemia. Studies have shown that lower vitamin D levels may lead to severe disability and slow recovery after a stroke.

There is also some evidence that vitamin D might reduce the effects of stress hormones produced in the body.

Various studies have shown an association between vitamin D deficiency and neurodegenerative conditions like dementia (loss of memory), cognitive decline (loss of the ability to think critically) in the elderly, Parkinson's disease, and Alzheimer's disease. Vitamin D has been suggested to be beneficial in the context of these neurodegenerative disorders because of the following reasons:

Over the past years, compelling numbers of experimental evidence have suggested that vitamin D can play a role in brain development and normal functioning. Well-designed clinical trials on the effect of vitamin D supplementation in patients with neurological and neuropsychiatric disorders are further required to fully harness the beneficial effects of vitamin D on brain health.

Dr. Vedangana Saini has a Ph.D. in Neuroscience. She has done multiple postdoctoral fellowships from the University of Nebraska Medical Center, Omaha, and Weil Cornell Medicine, New York. Currently, she is working as a freelance scientific writer with a mission to educate the lay public about recent scientific and medical developments. Dr. Saini has written extensively on healthcare, neuroscience, and mental health. She holds several publications in peer-reviewed journals in the form of research papers, review articles, and book chapters.